Sweetening the Pill: The Deadly Risks of the Birth Control Pills Prescribed to Treat Acne 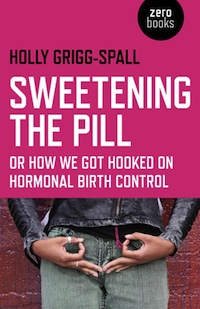 This is a guest post by Holly Grigg-Spall, author of the brand new book ‘Sweetening the Pill, or How We Got Hooked on Hormonal Birth Control‘

The birth control pill Yasmin gave me great skin, but it also gave me horrible side effects both physical and emotional.

In part, it was the great skin that kept me taking it. When I decided to come off all hormonal birth control for good, the ensuing acne almost pushed me back on many times.

My newly released book, based on the blog through which I chronicled my journey off the pill, ‘Sweetening the Pill or How We Got Hooked on Hormonal Birth Control’ (www.sweeteningthepill.com) addresses the complex relationship women have with hormonal birth control.

Following is an extract from that book. (To clarify the excerpt: Recently a systematic review of research into the risks of drospirenone-containing pills, such as Yaz and Yasmin, has shown that the increase in risk of causing blood clots is indeed significant).

“Yasmin was released in 2001 by the pharmaceutical company Bayer Pharmaceuticals and followed by its descendent Yaz in 2006. They are different from other pill brands because they contain a new progestin (synthetic progesterone) component, drospirenone. I started taking Yasmin in 2006 when it seemed as though every woman I knew was doing the same.

After graduating from college in the UK I spent some months in San Francisco where I saw the television commercials that pronounced this new birth control pill as capable of combating everything from PMS to bloating to acne.

The marketing hype filtered from the US through to the UK, where I was presented with this popular new drug by my GP when the pill I had been taking started to make me bleed badly during sex. The women’s magazines that I read hinted at Yasmin’s skin-clearing, weight-loss and breast-enhancing effects. My doctor said Yasmin was the very latest model, modernized and therefore superior to all other brands.

Word of mouth spread about this wonder drug and it became a must-have. Women I knew gushed about their perfect skin and their need for bigger bras. They said they had lost ten pounds. Both my sisters and my best friend were taking it along with many other friends and colleagues.

In a short time Yasmin, and then Yaz, became the most popular pills worldwide despite being the most expensive on the market. It was a diet drug, a beauty product and a contraceptive all rolled into one, and doctor endorsed to boot.

I was two years into taking Yasmin when a friend confessed to me that she had been feeling very down. She said she felt like her head was filled with cotton wool. She felt detached from life, her interest in sex had disappeared, and so had her interest in everything else she had previously enjoyed.

When I heard this I admitted that I too had been feeling depressed for some time. I felt my confidence and energy was evaporating. I had little motivation and struggled to think clearly. I had stopped reading and found it harder and harder to write, which was impacting on my work.

We agreed that our skin had never looked better, we were the thinnest we’d ever been and we’d long left behind our B cups, but we were both really unhappy.

My friend brought up Dianette (Diane-35 outside of Europe; another strong and potentially deadly pill prescribed for acne), recalling the reports that it caused depression.

“Do you think this could all be because of Yasmin?” she asked. 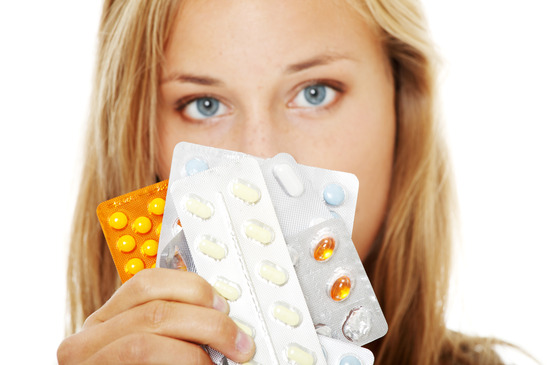 After that conversation I began researching and found out that Yasmin and Yaz were amongst the most complained about drugs on the Internet. Women in online forums described experiences that were eerily similar to my own.

In the US Yasmin and Yaz were promoted as what The New York Times dubbed “a quality of life treatment” and this message was enthusiastically taken up in the UK by doctors, family planning clinics and women themselves.

As I researched I wondered exactly how these drugs achieved their most alluring effects. I wondered precisely how the skin clearing, weight-loss and breasts enhancement were engineered in my body. I had never considered that the pill could have a whole body effect, but the changes were too obvious to ignore.

There was something about what these pills provided that women wanted and needed that kept them asking for and taking them. We were convinced by the external signs of apparent good health. I thought that looking good equaled feeling good and being healthy.

My experience taking Yasmin drew my attention to hormonal contraceptives as a whole. I started a blog. Within a few weeks of chronicling Yasmin’s impact on my mood and well-being in the hope of helping others, I began to receive comments and emails from women who had also suffered from these side effects. I heard from someone I had known back in school and she described her own experience coming off the pill after ten years as “life changing.”

I started reading the book The Pill: Are You Sure It’s For You? By Jane Bennett and Alexandra Pope and it was this paragraph that shook me awake: “By altering our natural hormone levels, the pill induces in us a different biochemical and psychological state. This in turn interferes with the particular psychological stage of life we’re in and may affect our unfoldment thereafter…While it may be difficult to prove the effect that taking the pill has on our psychological development we can see that through its profound hormonal impact the pill may also be interfering with the fundamental chemistry of who we are and what we can become.”

It was then that I decided to stop taking the pill for good. In the blog I would detail how this transition unfolded. After ten years I stopped with no idea of how this might affect me. I logged every detail of this transformative and tumultuous time.

As my mind cleared and my energy returned I eagerly delved deeper into the world of hormonal contraceptives.

Two years later, in 2011, the FDA entered into a reappraisal of Bayer’s and all drospirenone-containing oral contraceptives. Five research studies were released that showed these drugs hold a fifty to seventy-five percent increased risk of causing blood clots in comparison with pills containing other progestins. Two studies released by Bayer in the years prior had claimed the drugs held no higher risk than other birth control pills on the market.

A former FDA commissioner, David Kessler, claimed that Bayer had used underhand marketing techniques to convince women that Yaz and Yasmin were cure-all drugs, fuelling their popularity. He accused Bayer of paying women’s magazines to advocate for the pills and pay rolling experts to promote them in their books and talks. Aware that only through striking differentiation could these pills become more profitable than others Bayer had pulled women in with the superficial benefits without declaring the extent of the potential pay-off.

The FDA called an advisory committee to evaluate the safety of these pills, which included the generic versions created since Bayer’s patent expired. The decision of the committee had the potential to cause these drugs to be pulled off the market completely. However, the panel voted by a four-person margin that the drugs’ benefits outweighed the risks.

A government watchdog group, the Project on Government Oversight conducted an independent investigation that revealed three of the advisors on the FDA panel had financial ties to Bayer. A fourth advisor was connected financially to the manufacturing of the generic versions. All four voted for Yaz, Yasmin and all other drospirenone-containing pills to continue to be prescribed by doctors without restriction.

Bayer set about settling the 10,000 lawsuits of women who have taken Yaz and Yasmin and their families. The company is currently providing each woman who has suffered with injuries from blood clots and the families of those women that have died with hundreds of thousands of dollars in compensation.

It wasn’t just the older, the overweight or the understood ‘at risk’ involved in these lawsuits, a large proportion were the young, fit and healthy women who had taken Yaz or Yasmin. These women had wanted clear skin or to lose a few pounds and, seeing as they were taking oral contraceptives anyway, thought these brands provided an amazing added bonus.

One case described to me by a lawyer representing many of the plaintiffs involved a 20 year-old woman who had been training to be an Olympic skier when she started taking Yaz. She developed a blood clot that resulted in injuries that will prevent her from ever skiing again.

Should we consider that use of the pill for pregnancy prevention, let alone acne or PMS, might still today, as women’s health activist Barbara Seaman wrote in her radical women’s health book The Doctors’ Case Against the Pill, be “like tinkering with nuclear bombs to fight off the common cold”?

The FDA investigation into Yaz and Yasmin is a watershed moment in the history of the pill, and yet women do not know, were not told and or did not want to talk about it.”

Have you been on Yazmin, Yaz, Diane, or another pill that was promised to clear your acne? What was your experience? (again, check out Holly’s book here, and her blog Sweetening the Pill)