Let’s Save a Woman’s Life From A Horrifying, Isolating Condition Worse Than Acne 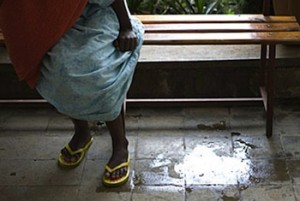 I have an idea that I want you Love Vitamins to help me with. I think it would be a really wonderful thing for all of us.

So, as I already announced, Luke and I are going to be travelling to India this winter. I have always wanted to go to India so I am extremely excited.

I recently watched the trilogy of films entitled Fire, Earth, and Water (all of which I thought were amazing), made by a kick ass Indian feminist lady named Deepa Mehta.

The last one, Water, is about the plight of child brides and widows in India.

Arranged marriage tends to be the norm in India, and the society is very patriarchal. The idea of arranged marriage is very uncomfortable for us Westerners, but I’m not saying it’s necessarily bad in all cases. It’s just different. At least the majority of the arranged marriages these days are for men and women over 18. Which is good, because that is the law.

However, millions of girls are still wed before the age of 15. Often the man is twice or three times her age. The man is expected to wait to consumate the marriage until she’s older but this doesn’t always happen, and she can end up becoming a very young mother. 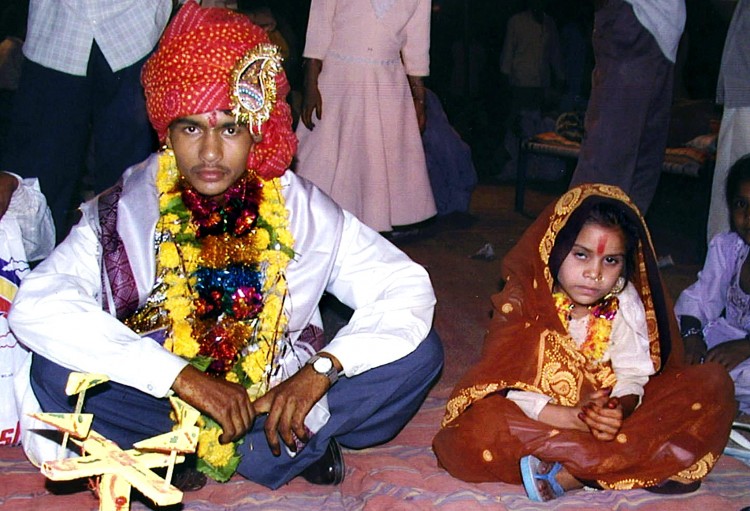 The Horrible Reality of Child Marriage

So then I started reading a lot about child marriages and why they still happen in such prevalance. It mainly occurs in South Asia and Sub Saharan Africa. It’s all to do with poverty, and doesn’t happen so often in households with a higher income.

In poor households and areas, boys in the family are considered assets, girls are considered liabilities – just another mouth to feed. Plus, women have dowries, meaning the bride’s family has to pay the groom’s family to “take her”, and apparently the cost of the dowry goes up the older she gets. It’s also easier to marry her young as it’s an easy way to ensure she will remain a virgin before she can be married off.

So in the end, the quicker they can get rid of her the better.

However when a child is forced into early marriage, she is at great risk for all sorts of horrible things – continued poverty, lack of education, sexual and domestic violence, illness, and the low status of widow-ship.

Oh But That’s Not the Only Horror of Child Marriage, Oh No…

And then there’s obstetric fistula.

Never heard of it?

Me neither until recently. But let me tell you the horrors of obstetric fistula.

It’s when a hole develops between the vagina and bladder, the vagina and rectum, or both if you’re really unlucky. This happens when there are complications with child birth, and the woman ends up in an agonizing, days long labour trying to push the baby out.

Due to lack of access to trained doctors or midwives, there is no medical help available or chance for a C-section, so the labour just goes on and on, often with the baby dying in the process. The prolonged engorgement of the area causes blood flow to be cut off, and the tissue to die. When combined with the rubbing of the baby’s head, it begins to rot away, forming a hole.

While early marriage is far from the only underlying cause for this condition, poverty stricken girls who are married early are at great risk for developing a fistula, because if they are married early, they will inevitably become pregnant early. Due to age and malnutrition, their skeletons, including their pelvises, haven’t fully developed, meaning the chances of birth complications and elongated labour is high.

What are the Consequences of Obstetric Fistula?

Once a woman has this, she is left incontinent for life. Urine or feces, or both, constantly leaks down all over her legs. She get all sorts of vaginal and bladder infections. Pain in the lower abdomen, and painful sex. Very low chance of ever having another healthy baby. Complications from infections and ulcerations can lead to kidney failure, and even death.

Plus, apparently this all causes you to smell really bad. You just carry this awful stench with you.

So naturally, it’s a very shameful condition, and unfortunately these women are brutally stigmatized and outcast from society.

Their stench is considered offensive and intolerable to live with, so they are often disowned by their families, ridiculed by friends, and forced to live on their own in isolation where they may die from starvation or infection. Their husbands tend to leave them, due to the smell, the fact that they can’t bare children, and also because the pain severely restricts the amount of work and household chores they can do.

In the end, so many of them are left with nothing, and hardly a semblance of a life worth living. Depression is rampant. Many kill themselves because they never see a way out of the horror. 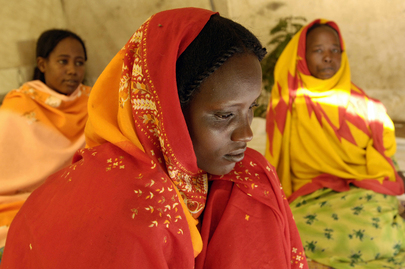 They Can Be Cured, But It’s Not Easy for These Women to Get Treated

Apparently there is a surgery that can fully restore them to health, but obviously the vast majority of women cannot afford it, or live too far away from where they can get the treatment. It’s also not considered a high priority issue in many areas, simply because it is a “woman’s problem”.

A full surgery and post-operative care for one woman costs $450 USD. Over 2 million women worldwide have this condition – 50,000 to 100,000 new cases per year, but only 7% of those with fistula ever get the treatment. As a result, most of the women end up suffering with this condition for life.

So why am I even talking about this?

Well, when I found out about this, I was so horrified, I went and donated $50 to the Fistula Foundation. I felt good, but also kind of bad, because in all honesty, I would have liked to donate the full $450.

But then an idea struck me  – what if the Love Vitamins could all band together to help??

So what do you say? Let’s see if we can raise enough money to fully pay for at least one woman’s operation.

I really honest to goodness think that it will feel so good beyond our wildest dreams to directly help someone who is suffering in a worse position than we are in.

It will help to remind us of our good fortune despite all of our personal challenges and hopefully bring us to a place of gratitude (which studies show is absolutely the most direct route to happiness!)

For all of us out there suffering with acne – I know it can totally seem like the worst thing in the world. And believe me, I know how awful it is. Suffering with acne has a lot in common with obstetric fistula… it’s shameful, isolating, and extremely psychologically damaging.

But… just for a second, imagine being a child bride, wed against your will to a man three times your age, sexually abused, ending up with a dead baby, chronic pain, uncontrollably leaking urine or feces, and forced to live in a hut out back because no one can stand to be around you.

These women are just like us… with hopes, dreams, and a need for love and acceptance. Imagine if people made us go live in a hut by ourselves because we had acne?!

If you want to, please watch this gorgeous film called “A Walk to Beautiful” which shows the lives of Ethiopian women who suffer with this, and their journeys to be cured at the fistula hospital in Addis Ababa. What’s depicted here is exactly what our money will go towards:

So.. let’s do it. You in? Let’s help a woman who badly needs us. You don’t have to donate the farm, even as little as ten bucks if you can spare it.

Click here to donate and see how close we are to our goal of saving a woman’s life from this awful condition!