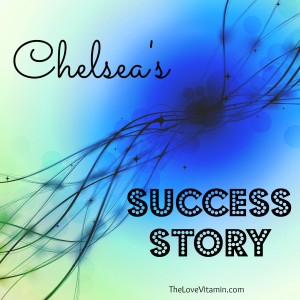 I’ve had moderate acne since I was about age 12 or 13. At first I didn’t think too much of it. Until one day in art class, a friend was staring at my nose.

She pointed to her nose, and kept staring at mine. So I wiped at my nose, thinking she was letting me know there was something on me, but she shook her head and said something along the lines of “you have a huge zit”.

And I thought, seriously? People notice this stuff and just bring it up out of nowhere?

So I started wearing makeup. Cheap drugstore makeup, I had no idea how bad it would be for my skin.

My Skin Got Worse

Eventually my parents bought me Proactiv. It cleared my skin maybe 60% or 70%. But it was extremely drying and harsh. I figured I had to do it because I was cursed with poor skin and got the short end of the stick.

I grew up eating processed packaged food, mall food court junk, and was incredibly picky and hated veggies. I barely tolerated fruits. Never had any idea this would be affecting my skin! Or my weight! Or my general mood and energy!

My acne got worse in my 20’s when I moved to Vancouver to go to film school. I was eating 3 AM convenience store food and copious coffee, energy drinks, and never drinking any water.

I felt ugly without my caked-on makeup. I was buying $40 heavy skin coloured putty to put over my jawline and cheek acne. I felt very fake, but I didn’t know what else to do because I felt like the real me was sad and sickly.

And Then It Got Even Worse

After film school I had heavy amounts of stress to do with loans and jobs and figuring out my career and personal life strife. My skin absolutely blew up, and I became covered in acne. All sorts, with many cysts along my jawline, beside my ears, along my temples, on my neck.

I hid behind my hair and thick cake makeup. I always had popped my acne in the past and I continued to do so… I looked like a pizza with the cheese ripped off.

I tried to tell myself it wasn’t that noticeable. But I moved into an apartment with a skylight in the bathroom and the ability to look in one mirror and see the other side of my face with the other mirror.

The first day I pulled back my hair and looked at my skin without makeup on in the natural lighting…. I probably will never forget that image.

I cried and called home to my parents, my mom bought me some special antibacterial cloths that have silver in the fibers and they seemed to help and she sent more Proactiv. She also saw an infomercial for Murel. I tried that for 1 month but it broke me out so incredibly badly that I quit it and asked for more Proactiv.

Acne Took Over My Entire World

My face was so painful. I had oozing sores and rough dark scabs on my chin by my mouth that I couldn’t cover. And I had such a compulsion to pick at them, I would pick at them at work in the bathroom while feeling utter shame and disgust and even more so when my co-workers couldn’t hide their horror.

Going to work some days was a nightmare and I definitely called in sick if things were especially bad. I could see eyes glancing around my face at my acne instead of looking me in the eyes.

I would spend hours getting ready to see friends and popping my zits and applying makeup. I would generally be hours late because of the stress I had over my appearance. And lots of the time I would just cancel all together.

I just felt so ashamed. I had random strangers comment to me about my skin. I had friends say, oh, they just thought that I always had acne and that’s just the way I was.

My acne started to heal but never got 100% better. I had a co-worker glance around at my skin and interrupt me while I was saying something work-related and say, “I can’t believe how much clearer your skin is right now”.

Sounds like a nice thing for her to say, but I hated that people noticed my skin at all. I pretended to myself for a long time that it wasn’t noticeable. But it very clearly was. I stopped using the cake makeup and bought Bare Minerals, which was lighter and what I thought to be less toxic than the weird greasy skin putty I was previously using.

Things Began to Turn When I Made a Realization

Years later, while just living with moderate acne thinking that it’s just the way I am, and I should be thankful that it’s no longer severe, I realized I was getting walked all over and this was probably due to my incredibly low self-esteem about my weight and my skin.

This meant I had to end a relationship which had become very unhealthy– which went extremely badly. But with the help and selfless kindness of dear friends and unconditional love, especially of my best friend, I made it through.

But my skin got bad again with the extra stress.

I decided I was going to start taking care of myself as best I could. I started working out, bought a bike to commute with, and tried to eat healthy, and research my own problems. I did crazy elimination diets, cutting sugar, gluten, dairy, you named it. I became obsessed with controlling my diet. It never got me 100% clear. But I lost a lot of excess weight and built muscle and became much stronger and more self-assured.

After some skin success with that lifestyle change(but not 100% clear), I finally realized that skin picking caused a lot of strife to my skin. I have been in the process of quitting skin picking but have such a crazy emotional attachment and compulsion to do it that it’s taken me a long time to stop and I still do it from time to time if I have something small.

I remember picking at my skin when nothing was really wrong with it; I was in a clear window (just covered in scars) and a few days later having a big breakout. The breakouts were the exact spots that I had been picking at even though nothing really was there days prior– maybe a tiny blackhead that only I could see if I was examining close range with a very bright light. I realized that I had given myself this breakout and everything I was disturbing was perfectly benign a few days before.

That’s when I did a google search, skin picking and acne. The Love Vitamin came up.

That’s when I watched all of Tracy’s videos and read all of her articles. I learned first and foremost about hormones and how they function. Tracy said that a lot of people think we can’t change hormones, but we can! The majority of my adult acne was cystic jawline acne (which I tried to pop before I learned about how terrible that is, giving me terrible dark spots and bruises which took months to heal).

I also learned about powerful herbs and spices like turmeric to include in my diet. My skin got much better but still not 100%. I still had the idea that my skin was acne and that’s just who I was.

After all of my lifestyles changes I found myself in the best relationship I have ever been in, with the love of my life.

I confessed to him about how acne controlled my life and I based everything I did daily on it and how it affected all of my decisions. He assured me so many times that acne didn’t matter and he could see me for who I was and acne is skin deep and doesn’t matter at all. He had dealt with it years ago and understood deeply and he wiped away my tears.

I stopped worrying about wearing makeup in front of him and slowly got used to my bare skin being visible.

Self Love Was the Answer All Along

I also read a post on The Love Vitamin, a guy who was 100% clear who talked about THANKING his skin for telling him he had internal imbalances. That he was GRATEFUL to his skin for trying to dump the excess toxins to help out his overburdened liver. He was GLAD that his skin had the capability to do this.

He was glad his body gave him a warning that things inside were not functioning properly and that it was a blessing to have a clear window into his health. That if he never had the acne he would never have started to take such good care of himself.

It sparked an unequivocal epiphany for me. My mindset… what I thought I had KNOWN about my skin was manifesting its own reality.

I immediately adopted this mantra. I looked in the mirror and I thanked my skin for showing me what is inside. I went further in thanking my skin for being clear– I wanted to manifest that as a reality. I thanked my body for being capable and brilliant and told myself how much I love myself.

My skin looks so much better than I ever thought it could. I have a rosy glow. My scars have faded substantially. I feel so much better so much healthier and stronger. I don’t obsess if I get a breakout, I just check myself and my diet and my lifestyle. I make sure to feed myself the building blocks my body needs to build the best and most healthy version of myself.

The Things That Have Helped Me Immensely: 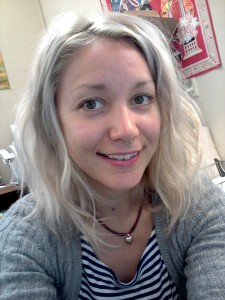 Chelsea is a 29 year old portrait artist living on Vancouver Island. She she enjoys yoga, cycling, playing guitar, the ocean, float tanks, and looking at pictures of deep space.