Are Food Sensitivities Giving You Acne? 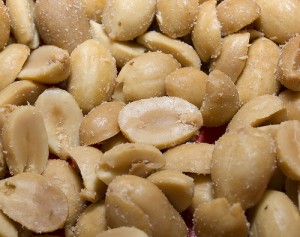 Ohhh, food sensitivities. This topic, I find, is one of the most maddening things about nutrition. It’s what takes nutrition from being something potentially straight forward, to something fairly perplexing.

But food sensitivities are definitely something you should know about, because it’s very important in getting clear.

So what are food sensitivities and what do they mean to you, the sufferer of acne?

Food sensitivities are kind of like allergies. They aren’t quite the same (although I often refer to sensitivities as allergies for simplicity sake). Allergies are a substance – a food, a chemical, an airborne irritant, for example – that causes you to have an immediate reaction. Maybe you get a rash, you sneeze, your tongue gets prickly. Or on the more serious end, you go into anaphylactic shock.

A food sensitivity is like an allergy, but much more subtle. It can wreak havoc on your body and most of the time, you have no idea it’s even happening. Generally, you don’t get any obvious reaction – you may even feel good after you’ve eaten the particular item.

Sometimes people do get obvious reactions, like headaches, but they’re delayed. They can happen the next day, or two days from now. This makes it hard to trace back to what it was that actually caused the problem.

Not only do food sensitivities vary widely from person to person, they can also be disguised in any food, no matter how healthy it supposedly is. (I personally got badly tricked by garlic!). To make it worse, it’s often things we crave and eat the most often that are the culprits.

With all our modern day pollution, irritants, processed foods, toxins, and just general gluttony, almost every one of our stomachs have gone into a state of shock. It’s become hardened to all the garbage you’ve fed it, and it can’t churn the way it’s supposed to. If it can’t churn, it can’t produce stomach juices.

The stomach and its juices are responsible for breaking up proteins. Proteins are long chains of amino acids (kind of like a train), that need to be separated for them to be absorbed properly. If they aren’t broken up properly, large chunks of amino acids get absorbed further down the intestine, through holes in its lining (called Leaky Gut Syndrome, caused again, by poor diet).

This is a really bad thing because once these chunks of amino acids get into the blood stream, the body doesn’t know what to do with them. They are seen as foreign invaders. Your body alerts the immune system and makes antigens to them. Your body them creates inflammation to attack the invaders.

So you see, inflammation is actually a good thing when it’s attacking real invaders. But when we eat foods over and over again that we’re sensitive to, our bodies create inflammation constantly, and this really wears it down and leads to disease (for us… acne :().

There are a few different methods for discovering food sensitivities that I will discuss later. I do strongly recommend though that finding out is one of the first things you do when you start a health food diet for treating your acne. It can save you a lot of frustration. I made this mistake and wished that I had taken it seriously from the get go.

I understand that a lot of people are scared. They hate acne, but they don’t want to hear that they can never eat their favourite foods again. Yeah, no kidding! The problem is that a lot of doctors or health advocates will put you on a complicated rotation diet for months or years, or tell you that you simply have to avoid those foods forever.

This doesn’t have to be true.

The thing is, if you just eliminate the foods you’re sensitive to, but continue to overeat, or irritate your stomach with sugar and alcohol, or eat processed foods, no healing was truly accomplished and you’ll just become sensitive to new things.

But, if you eliminate sensitive foods and basically everything that irritates the stomach for three weeks to six weeks, while implementing a gentle cleansing diet, this is usually enough time for your stomach to de-shock itself.

From there, your whole digestive system will begin to heal, get stronger, and be able to handle more. Your leaky gut will heal up and stop letting protein chunks past, and your stomach will make enough stomach juice to break up the protein chains in the first place, therefore… voila! No more sensitivities.

So the bad news is that, yes, you may have to spend a bit of money or effort finding out what your trigger foods are, and then yes, you will have to eliminate them for a while.

But if all goes well, you should be able to introduce most of these things back in and enjoy a broad and well rounded whole foods diet that isn’t crazy or restrictive. Woohoo!

Do you suspect you’re sensitive to certain foods? If so, which ones? Tell me below!

Related Post: Top 3 Food Sensitivities That May Cause Acne

One of the main root causes of acne is issues with digestion and the gut. The reason for this is that one of the main

Struggling hard with sugar cravings? Bad news if you also suffer from acne. Sugar causes acne, Or at least it’s a top contributor to it

Help! I’m Eating “Healthy” But Not Seeing Results in My Skin

We all know there are general do’s and don’ts when it comes to what food you should be fuelling your body with. When you are