Which Diet Is The Healthiest Diet? 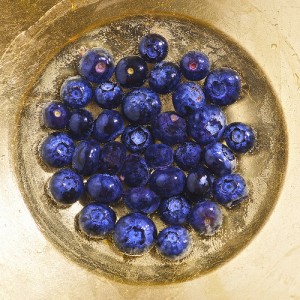 Well, if you look at indigenous cultures around the world, it’s undeniable that their people are much stronger and much healthier than the average westerner. I’m willing to bet most of them don’t have acne either.

But the thing is, is that they’ve thrived on extremely different diets from one another.

The most shocking is that Inuit people of the Arctic ate a diet consisting entirely of seal blubber. And no, they weren’t dying of heart attacks at the age of 20. It’s been shown through various studies that all of these traditional groups produce healthy, robust adults free of modern disease.

So what do they have in common?

Well, the biggest common denominator is that absolutely none of them contain even a hint of processed foods. The food is also mostly fresh or preserved with natural means, local, seasonal, naturally grown, traditionally cooked, and pretty tasty.

Okay, so get to the point. What should I eat and what shouldn’t I eat?

Good stuff to eat most of the time:

Bad stuff to eat most of the time:

So there you have a quick run down of what will keep the average bear healthy and strong!

This is the type of diet that we should be aiming to eat to maintain health throughout our lives. If this is really different to how you eat, don’t worry. It doesn’t mean you can never have anything on the second list ever again. It just means that in your day to day life, you want much, much more of the stuff on list one, than on list two.

Now go eat your vegetables! Get!

Hey, have you tried any of these different health food diets? What was your experience?

One of the main root causes of acne is issues with digestion and the gut. The reason for this is that one of the main

Struggling hard with sugar cravings? Bad news if you also suffer from acne. Sugar causes acne, Or at least it’s a top contributor to it

Help! I’m Eating “Healthy” But Not Seeing Results in My Skin

We all know there are general do’s and don’ts when it comes to what food you should be fuelling your body with. When you are