A couple weeks ago, we were talking about taking antibiotics and how damaging they can be to your gut, and subsequently your skin – leading to acne and all sorts of unpleasantness.

This got me to thinking…

What’s one of the most common reasons that women have to take frequent rounds of antibiotics?

And the answer, of course, is urinary tract infections, which we like to refer to as UTI’s.

I’m guessing most of us have had one of these assholes at one point or another. Sorry for the language, but if you’ve ever had one, I think you’ll agree that’s an apt description.

I’ve definitely had a few. In fact, the last time I had to take antibiotics prior to this recent wisdom teeth adventure was because of a UTI.

This had actually occurred about six months after I had begun my journey of getting really healthy in order to clear my severe acne.

Then the UTI came, and as much as I wanted to treat it naturally, I just didn’t know how or with what.

I broke down and went to the doctor who sternly declared there were no natural options, and sent me on my way with an antibiotic prescription.

So I grudgingly took them out of desperation, but unfortunately I did not follow the steps to re-populate my gut with good bacteria.

The damage was done!

A few months later, I broke out in painful eczema all over my hand again, and acne flared up. A three week candida cleanse fixed it and the eczema’s never been back and the acne has always stayed pretty well under control. Whew!

But anyway, back to UTI’s.

Well here’s what I know from my own experience:

Always Pee After… You Know

One of the biggest reasons for UTI’s is because during sex, bacteria gets smushed up your.. ahem, pee hole. If that doesn’t get cleared out, the bacteria can proliferate and result in that painful experience we all know and hate.

However, if you pee right after sex, the pee clears out the tubes and you should be good to go.

I know, I know. It’s very tempting to want to lie forever in post coitus bliss, and seems very unfair that your man then gets to nap while you dash to the toilet, but…. it’s worth it.

After my last UTI experience, I started peeing right after sex every single time.

Guess what? I haven’t had a UTI in five years. 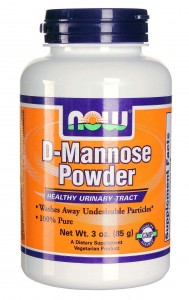 A few months after this UTI / antibiotics experience, I went to see a naturopath and I was having a chat with her assistant. UTI’s somehow came up and she started raving about this stuff called D-Mannose, which is a natural treatment for them.

She said she has never had to take antibiotics once since she discovered this… if she feels a UTI coming on, she just starts taking the D-Mannose and it takes care of it right away.

I decided to buy some just to have on hand, so that I’d be armed next time a UTI reared it’s ugly head.

But luckily, due to my post-coitus pissing, I have never had to use it!

So I can’t personally vouch for it’s effectiveness, however, I did have a Love Vitamin fan recently say:

I SWEAR by D-Mannose. It’s an all natural supplement that really works for UTI’s and bladder infections. It is an indigestible sugar that works by binding e-coli bacteria to itself and you pee it out. It’s amazing and I haven’t had to use antibiotics for years, which is good because antibiotics make me dizzy and nauseous.

I bring D-Mannose whenever I go on vacation or anywhere away from home. Its so great. Your symptoms will subside within the first few hours of being on it! I have less pain and less discomfort the first day than I have after being on antibiotics for 3 days.

Sounds like some people who are highly, highly prone to UTI’s take it daily for prevention, but I think for most people just taking it at the first sign of a UTI and drinking lots of water should do the trick to stop it in its tracks.

So yeah! If you are prone to UTI’s I highly recommend buying some of this just to have ready and hopefully the antibiotics can get a miss next time!

Another natural remedy you can try is drinking baking soda in water. Approximately 1 tsp per one cup of water, and drink it down. Do this once or twice a day and then continue to drink lots of plain water.

Gross, I know. But apparently the alkalinity of the baking soda de-acidifies your pee, which stops the pain and stops the bacteria from multiplying.

A friend of mine who didn’t seem all that enthused about D-Mannose absolutely swears by this baking soda thing.

I figure combining them both would probably give you the best one-two punch for knocking the UTI out.