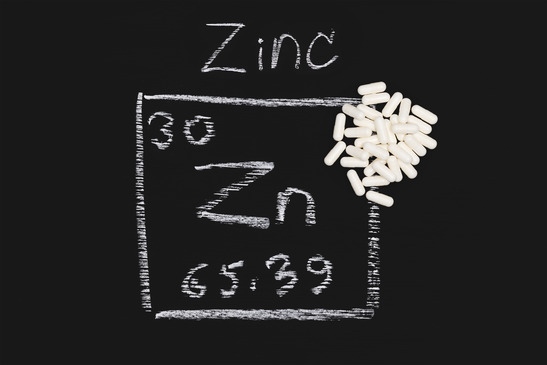 In my last post, I mentioned that I was quitting Estroblock (for a while at least) and using this opportunity to try out some different supplements for my skin.

One of those things is the mineral zinc.

Zinc is a pretty well known natural acne treatment with several studies done to back it up, but it’s something that I have never tried myself.

Now is the time!

So Why Is Zinc a Thing for Acne?

So that’s a lot of ways that zinc prevents acne, and here’s the kicker…

So if you have acne, there is a good possibility you need a bit more zinc in your life.

Zinc Almost as Effective as Antibiotics?

There have been several studies done on zinc and acne, with varying results (likely due to the type of zinc used in the study).

The biggest and most well known study compared zinc to the antibiotic minocycline. Zinc reduced acne “incidences” by an average of 50%. Minocycline reduced it by 66%.

So why not just take antibiotics if they work better?

Well there is no question that antibiotics do work very well … while you are on them.

But the downside is that your bacteria can become resistant to them, and they simply devastate your gut flora and digestive system, which leads to more health problems… and yes, generally a lot more acne down the line.

It’s a tempting but very short sighted fix, in my opinion.

However, while zinc may not work *quite* as well, as far as the study says… it comes with none of these drawbacks, and the effectiveness seems to come pretty close.

So obviously it’s worth a shot! A possible reduction of 50% combined with lifestyle and diet improvements means pretty good odds for your skin.

What Kind of Zinc Should You Take? 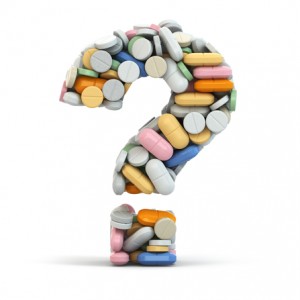 Well, you don’t have to take a supplement. You can get plenty of zinc from food too…

Foods with high zinc content are the following (highest concentration at the top):

If you are vegetarian you are especially at risk for being deficient in zinc.

I’m not vegetarian which is why I’ve never bothered to try supplementing zinc, but I’m interested now to see if taking it consistently in a supplement form makes any difference.

Anyway – so if you’re going to take it in a supplement, the type of zinc matters.

According to my research, zinc picolinate is one of the best absorbed forms of zinc. And obviously, the more you absorb, the better your results will be.

Another thing about zinc is that people often find that taking zinc supplements will make them feel sick to their stomach for a short while.

Taking them with food helps a lot, and the other good thing about zinc picolinate is that it is also the form that is least likely to make you queasy.

I’ve personally been taking it with food and have not felt sick from it at all.

How Much Zinc to Take for Acne?

This is where it gets all confusing… of course it can’t just be simple!

So you want to take around 30 mg per day of elemental zinc, from what I’ve read.

You don’t want to take too much zinc so don’t take more than this… it’s one of those minerals that you don’t just flush out, so taking too much is toxic. This dose safely leaves some room for the zinc that’s already in your diet.

But that zinc is bound (called “chelated”) to picolinic acid, so when you take 50 mg of zinc picolinate, you are actually only getting 10 mg or so of actual zinc (called elemental zinc). Zinc supplements should list the chelate amount, as well as the elemental amount.

Often they only list one or the other though, which makes it confusing as you’re left wondering if they are listing the chelate amount or the elemental amount.

I’ve been taking this one from Life Choice (it’s a Canadian company; I got it at a local store), whose label says “50 mg zinc picolinate … (10 mg)”.

Now that I understand what that means, I just realized while writing this that I haven’t been taking enough, as I’ve only been taking one per day.

Ideally I should be taking three of these per day to get 30 mg of elemental zinc.

So I will increase my dose and see what happens.

Which Brand of Zinc Should I Take?

Well I can’t objectively say what is the best zinc supplement.

But Thorne is a quality brand that I’ve used before and seems to be highly regarded by naturopaths.

They make a zinc picolinate supplement and so I will probably be ordering this one next time.

It lists the zinc in their product as 15 mg. I emailed Thorne and they confirmed this is the elemental amount. So you’d probably want to take two of these per day to get the best results.

They also have the same product in double strength, which gives you 30 mg of elemental zinc in one pill so you only need to take it once a day.

The good news is that this is also quite a cost effective supplement! The double strength one weighs in at only $7.50 USD for a month’s supply.

How Long Should I Take It For?

I’m not really sure of exactly how fast this is supposed to work, but in the study I talked about above, the “end point” when they measured results was at three months.

So if you’re going to try it, I say give it a solid three months of taking it consistently.

If you don’t see any improvement in that time, then it might not be the supplement for you.

Have you tried zinc for acne? If so, which form, how much, and for how long did you try it? And do you think it helped?