So if you’ve been following along, you know that I recently had a breakout, and decided to do the following things to treat it:

Berberine already has its own great Love Vitamin article, I talked about zinc last week, and so now we talk about turmeric.

You may know turmeric best as that pungent yellow spice that they like to use in Indian food (in its fresh form, it looks like a root similar to ginger).

It also has an active ingredient in it called curcumin that has some very special properties.

There have been a a heck of a lot of studies done on curcumin… none specifically on acne… but the consensus seems to be that it is VERY anti-inflammatory.

Like effectiveness rivalling that of anti-inflammatory drugs (without the side effects), because it blocks more than 30 different inflammation pathways.

Since inflammation seems to play a big role in most of the “diseases of civilization”, it has a wide variety of uses. A lot of people take it for joint pain, arthritis, cancer, inflammatory digestive disorders like Chrohn’s, and for mental health.

And for acne… well, inflammation is the reason your acne gets big, red, and sticks around forever.

Anything anti-inflammatory that can help reduce that is going to make a difference to your skin. That’s a big reason that adopting a healthier diet and lifestyle is such a panacea to clear skin: it dramatically lowers inflammation.

Curcumin also has other benefits… namely it is a strong antioxidant, and also helps your liver stay healthy and functioning. Which means your body filters toxins and hormones more efficiently, which can also make a big difference in your skin.

In fact, curcumin is one of the ingredients in the Thorne SAT liver support supplement that I have been taking along with Estroblock for the last couple years.

But I decided to ditch SAT for now, just to see how curcumin does on its own. People in my Naturally Clear Skin Academy have been trying it lately and speaking quite highly of its effectiveness, which kind of inspired me.

How to Take Turmeric (Curcumin) For Acne 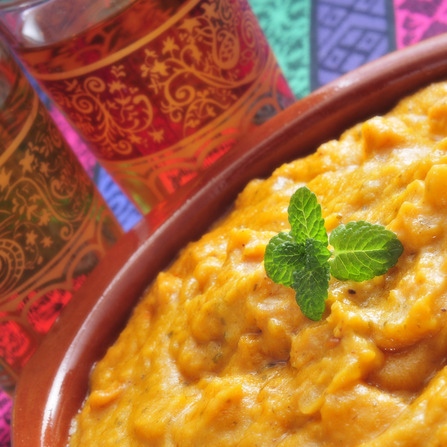 Well, to start getting the benefits of curcumin, you can start adding lots of turmeric to your food! It is certainly great in curries 🙂

Some people also claim they get results from mixing a teaspoon or so if it in water and knocking it back three times a day.

But, you know.. on its own, it tastes pretty bitter. And I don’t about you, but I know that I would never really commit to a ritual like that for very long. I must be honest with myself.

Also, the curcumin content of turmeric actually isn’t very high (like 3%). So it would be hard to get all the anti-inflammatory benefits just from eating a small bit of the spice here and there (although it won’t hurt!)

Essentially, you’re going to get the most targeted benefit from taking a concentrated curcumin supplement.

However, curcumin is famously hard to absorb.

If you just take a straight curcumin supplement, you’ll be lucky to absorb less than 10% of it into your bloodstream.

To enhance absorption, there are a few tricks. One is to take it with pepper (or take a supplement that includes pepper in it), as apparently one of the compounds in pepper increases absorption of curcumin by 2000%.

It is also fat soluble, so best to take it with a meal that contains some healthy fats.

Another is to take a form of it called theracurmin, which is what I’m taking.

Theracurmin is a curcumin that has been broken down into nanoparticles that become much, much more absorbable by the body. Apparently studies have shown that it is the best absorbed kind of curcumin available.

How Much Curcumin to Take for Acne

It was pretty hard to find any consensual recommendation on how much to take for acne (or to take for any purpose).

This is because there’s a lot of different forms in which to take it, with different percentages of active compounds and different absorption enhancers.

So I’m just taking what it says on the bottle, and advise you do the same! 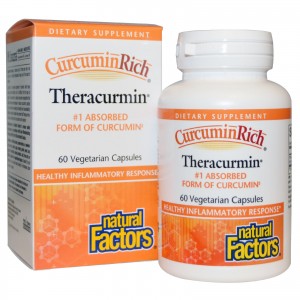 The theracurmin I’m taking is from Natural Factors… they also have a double strength one (ie. 60 mg) in one pill, but it may be more effective to spread out your dose.

Is Turmeric Effective Externally For Acne?

Yes, apparently turmeric can reduce acne inflammation from the outside as well, if applied topically.

But be warned… turmeric is VERY yellow. And stains everything. Including your face.

I tried it once a long time ago… and when I saw my yellow face, once was enough!

Have you tried turmeric – or curcumin – for acne, and what were your results?