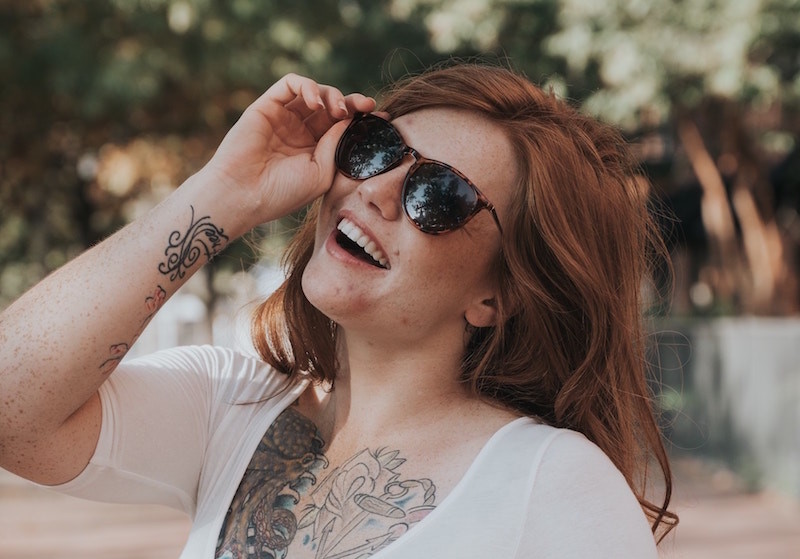 After all, you think it looks ugly when you look in the mirror.

Society seems to support the idea that acne is unattractive.

And ok, not trying to crush you further, but studies have shown that people do rate it as being unattractive.

So that must mean that YOU are also unattractive because you have it. Right?

I know that’s how I’ve felt during my years of acne struggle. Assuming that as soon as a love interest saw I had spots, they would basically lose their boner on the spot.

Is It True that Acne Makes You Unattractive?

So is it really true that acne, by default, makes you unattractive?

I have to argue the answer is no because:

YOU ARE NOT ACNE.

Acne is just a thing. A thing that in itself might not be particularly attractive (says our current societal standards). A thing that would be great if it would just go away.

But you are not acne.

Everyone struggles with something. It’s just a part of being human.

Acne is just something you happen to struggle with.

We are very reductionist. We tend to reduce everything that we are to being a singular flaw. A singular flaw that we assume is completely valid basis for utter rejection by everyone we know and will ever meet.

This flaw could be the fact that our skin isn’t perfect, our bellies have some extra rolls, or our nose is kind of crooked. Or it could be any number of undesirable personality or life circumstances.

The truth is, if acne is rated in a study for attractiveness, it’s being rated from an objective stand point probably from a photo where the “judger” doesn’t know anything else about the person. This changes everything.

In reality, attraction is so much more than that. Your personality, your laugh, your sense of humour, your mannerisms, the way you move, your dreams, your ambitions, the way you carry yourself, the things you have in common, etc etc.

Some of it is looks, of course, but acne does not comprise of your entire appearance either.

Not to mention that attractiveness in general is so subjective, what is attractive to one person is not to another and vice versa. Whether you had acne or not, you will not be attractive to every single person out there (yes, a hard truth for us perfectionists in the crowd).

Mainline this message straight into the depths of your brain to solve 99% of your problems:

Perfection is not necessary for you to be loved, desired, and cared for.

They See She’s Attractive with Acne. She Doesn’t See It.

I feels like every single woman I talk to with acne who has a partner, the partner doesn’t seem to give two flips about her skin.

And the ones who don’t have a partner always seem shocked when someone has a crush on them, actually asks them out, or wants to make out with them even though they’re breaking out.

THEY see her beauty. SHE just doesn’t see it.

You see, the fact that you struggle with acne is just such a small part of WHO YOU ARE, that in most cases it just doesn’t really matter that much. You are more than acne, and your attractiveness is more than your skin.

To someone with acne it seems infathomable that others could look past it, because we see it as all that we are.

If they do have some kind of ‘flaw’, whether it’s physical or personality — when you like or love them, you just see it as something that’s along for the ride.

Everyone you love comes with some good and some bad.

You know the bad doesn’t define them or cancel out their beauty and wonder.

Your acne doesn’t define you or your attractiveness either.

Have you reduced to yourself to being nothing more than your skin? It’s ok if you have! We’ve all done it! Share your stories in the comments.

How to Stop Obsessively Checking Your Acne in the Mirror

It’s a habit most acne sufferers know. That insatiable urge to run and check the mirror a thousand times a day. I’ve been there. You’ve 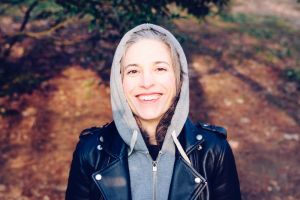 How to Make Self Love a Daily Habit

Know why I named my website The Love Vitamin? Because self love is often the missing nutrient that we need in order to really get