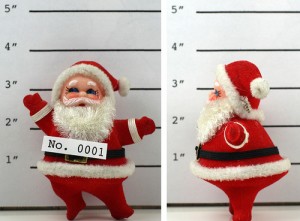 And what does that mean for those who are trying to be healthy and clear their skin? How do you survive all the christmas parties, the gluttonous feasts, the christmas chocolates and cookies and come out the other side closer, or at least not further behind, to your goal of clear skin?

Well you have a few choices:

A. Throw all caution to the wind and restart your diet in January as your New Years resolution and hope it works out

B. Be super strict and do not partake in anything you wouldn’t normally, or

I tend to heir on the side of indulging sensibly, but that’s just me. Not to say being sensible is always easy. I have to admit, when I get a piece of chocolate in my mouth, it’s hard to quit.

You don’t have to go with the same choice that I did. You have to decide this for yourself after all, and it would be best if you chose your plan of attack prior to going into the Christmas season. That way, the consequences of said choice are foreseen and expected. Maybe you will even have a disaster relief plan to follow.

I wouldn’t really advise choosing option A, but if that is what you want to do that is okay with me – but make sure you are realizing that there may be consequences. You may break out. You may have to work harder after to get back on track. And you probably won’t feel like getting back on track, and then what? Be honest – is this choice going to be fatal to your dreams of clear skin?

Option B is better than A. This depends on you though… have you been making crazy progress and can’t bear the idea of losing your momentum over Christmas? Well then cool…. commit to option B and if you want it you will make it happen!

I personally think the most realistic option for both enjoyment and health is option C – indulging sensibly. Why?

Because stressing too much about the nitty gritty details of the food that you are eating over the Christmas holidays will not help. Enjoying time with friends and family is super good for you because this is what the holidays are all about – it’s food for your soul. And if you choose to focus on that instead of any little dietary indiscretions, then your skin will probably not be any worse off – providing you don’t absolutely pig out.

That being said – how do you avoid the intense desire to absolutely pig out??

1. Don’t Plan to Fail over the Holidays

The way we think is a self fulfilling prophecy – this is why it’s important to have a plan of attack beforehand. If you don’t want to pig out, throw all caution to the wind, and end up breaking out after, then you need to have high expectations for yourself that you CAN stay healthy over the holidays.

Most people plan or expect to fail miserably with being healthy over the holidays, so they don’t even try. The laziness slides into more laziness, and no effort is made whatsoever.

Expect that you will follow your same routine to the best of your situation, but within your plan, make sure you build a few cheat meals and sweets into it. Give yourself 2 or 3 meals in which you may eat things you wouldn’t normally, and give yourself the permission to eat 1 or 2 sweets.

This way, you know your quota and you don’t have to feel guilty because of one meal or one small piece of pie.

2. Identify Problem Foods and Pledge to Avoid Them

Okay so now that you have allowed yourself to eat a few sweets, you may still need to avoid eating some particular sweets altogether.

You know the ones I mean… maybe you can have a couple potato chips and be fine, but if you get a whiff of your favourite ice cream, you suddenly turn into a wild person, black out, and all of a sudden, the whole bucket of ice cream is gone and you are left with a spoon in your hand wondering how this could have possibly happened.

The answer is to admit to yourself beforehand that you are incredibly powerless to certain problem foods. That way you will have more resolve to avoid taking that first step – you know that a measly ‘just one bite’ is not insignificant because one turns into two and two turns into three and it will surely lead to disastrous consequences.

I never get too worried about the contents of classic Christmas dinners, at least around my house… turkey, mashed potatoes, and some roasted vegetables… hey, at least it’s real food (I do avoid any bread rolls or anything though)! The problem usually comes with the temptation to eat way more than you should.

Make sure you only fill your plate a moderate amount, eat slowly, and pledge to not take seconds. It’s proven that if you have more in front of you, your stomach will expand to accomodate it. Take less and you will still feel satisfied. And the faster you eat, the more you overeat, so make sure you are chewing your food properly and going slow.

You can also try eating a healthy snack like an apple before dinner so that you aren’t as hungry when the meal comes out.

Despite the food situation, it’s important that you keep up with some regular fitness over the holidays. I understand it’s not as easy since many of you will be traveling somewhere and may not have access to whatever you need for your particular form of fitness… but at least make sure you are walking a lot if it’s not too cold outside, doing some indoor yoga, or maybe just doing some pushups and squats in your bedroom.

5. What to Do When People Pressure You to Eat

One annoying thing about friends and relatives is that sometimes they aren’t very sensitive. Most people don’t understand diet changes unless you’re overweight and ‘on a diet’ – that’s a language people get. People definitely don’t get the concept of eating for the health of your skin, and I’m willing to bet most of you don’t want to explain it either.

I personally find that if you just make the best choices within what is presented to you – meaning taking more salad than the others or saying you’re stuffed when dessert comes out – no one is really going to notice or say anything. If someone offers you something you don’t want to eat, just give a simple ‘no thanks’ without an explanation. Don’t make a big deal out of things and other people won’t either.

If some annoying relative does give you a hard time, you can always lie if you feel comfortable with that – I’m a bad liar so instead of lying about why I’ve changed my eating habits, I will often say something about ‘a health issue’ and just be really vague.

If you don’t mind telling little white lies, I think that saying you are trying to eat healthier because you’ve been getting stomach aches and heartburn is a great excuse that people sort of ‘get’. It might not even be a lie if you do get digestive issues, which many with acne do! You can even say your doctor told you you had to eat this way – no one ever questions the orders of the good ol’ doctor (can you detect my sarcasm?)

Either way, I think that if you are sensitive about this subject, no matter what you say is going to be a heck of a lot easier than explaining to the whole table that it’s about acne. Ultimately you have to figure out what is going to work best for you, your personality, and the personalities of your friends and families.

Just remember though that you are strong and no one has the right to pressure you to eat anything you don’t want to, or talk with them about any kind of private matter that you don’t feel comfortable discussing – just be vague and polite and most will leave you alone.

6. Get Right Back on the Wagon

Okay, say none of this works and you end up pigging out anyway – it’s so, so, SO important that you don’t completely give up then and there. It’s so easy to feel like a complete failure, deflated and sad, and just end the whole thing.

Don’t do this. Don’t beat yourself up. Everything that is worthwhile in this life takes work and effort. Everyone falls off the wagon, but winners are the ones who get back on and don’t give up.

Did you know Thomas Edison attempted 1000 times to invent the lightbulb before finally succeeding? All people who do great things fail a few times. It’s okay as long as you learned something.

I’ve fallen off the wagon many times too, and there is a good chance I will this Christmas. I’m going to pledge to keep my sweets consumption under wraps, but I realize that I may go temporarily blind and eat a few too many. But I’m going to get right back into eating as healthy as I can afterward.

I’m not going dwell on it and feel like a failure, I’m just going to put it all behind me and move on and up!

How do you plan to survive the holidays?

PS – Ultimate Secrets to Acne Freedom is on sale for 25% off all the way through New Years!