Read This! Copper Toxicity & a Zinc Deficiency Could Be Causing Your Acne 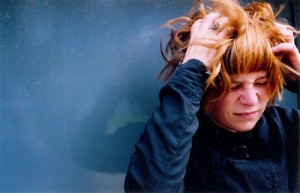 Before I got my hair mineral analysis done, I was convinced that I had copper toxicity and a resulting zinc deficiency because of my copper IUD and increasing anxiety. It turned out that I didn’t, but due to my assumptions, I learned a lot about this condition, how common it is, and why it could be affecting you and your skin.

Please read this closely – this could be the missing piece of your acne puzzle.

What is Copper? What is Zinc?

Copper is an essential trace mineral that is required by the body for health and well being. It has important roles in the bone and connection tissue, energy production in the cells, immune response, the thyroid and adrenal glands, reproductive system, and nervous system.

Zinc is another important essential mineral that is a needed factor in over 300 enzymatic reactions in your body. Needless to say, zinc is one heck of an important mineral and it actually plays an extremely important role in your skin. Zinc deficiency is heavily linked to acne.

Minerals in your body are often matched in ratios with their ‘partner minerals’. Copper competes with zinc in the body, so if you are not getting enough zinc or your body is using it up too fast, copper can rise, or if your body is retaining too much copper, it can deplete your zinc.

What are the Symptoms?

Some usual symptoms of copper toxicity and a zinc deficiency include:

Basically it’s one of those things where you could take any symptom and copper could be behind it, but it’s the fact that this is so overlooked yet so common, particularly in women, that makes it worth paying attention to.

What Can Cause Copper Buildup?

How Do I Detect a Copper Imbalance?

If you think any of this sounds like you, you can get a hair mineral analysis like I just had done. Make sure you get an interpretive report with it though, because copper isn’t always detected in a straight forward manner. Copper tends to accumulate in tissue other than the hair, but the way you are retaining other minerals lets you know whether there is a copper problem.

Read about what hair analysis here, and also what my results were.

If you can’t afford a hair mineral analysis but you suspect you have this imbalance, I’d encourage you to read Ann Louise Gittleman’s book, which will give you a ton of information on what to do.

How is Copper Toxicity Generally Treated?

Copper toxicity is generally treated by lowering high copper foods in the diet, increasing zinc-rich foods in the diet, and avoiding processed foods. Zinc supplements could also help and do have a great track record with improving acne (I’d recommend the zinc picolinate form). However, if your copper imbalance is strong though, simply taking zinc may not be enough (and it’s dangerous to take high dosages of zinc).

Improving stress levels is also very important as burned out adrenals are a strong factor in the body’s inability to properly excrete copper.

What do you think? Does any of this sound like it could apply to you?