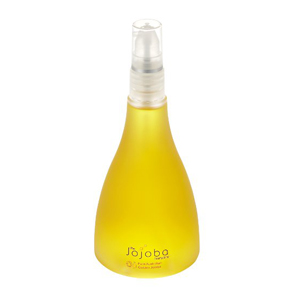 A little while ago, I wrote an article about manuka honey and why some people might break out when they switch over to a more natural skin care routine.

From what it sounded like from the response to that article, people definitely have more problems with jojoba oil than they do with using honey on their face.

Oils do tend to be pretty controversial when it comes to skin care – some people’s skin loves them, but others break out from them.

I think it tends to be the case of finding the right oil for your skin. If one breaks you out, it doesn’t mean that others will. I know I harp on about jojoba oil because that’s what I use, but it is okay to use other oils instead.

However, I’m just not an expert on which oils are best for which skin types (yet), so I haven’t written an article on all the various oils and what’s good for who. Maybe I’ll get it all figured out and do that one day.

** [UPDATE] – you can now read two excellent articles about oils and finding the right ones for you both here, and here. **

However, I’m not sure it’ll happen, because you’ve probably heard me mention before that I don’t even really like the topic of external skin care very much.

In fact, I’m honestly considering just throwing away every single product I own and doing the caveman regimen instead (but that’s a story for another day!). I’ve already started only washing my face once a day again, in the evening.

But anyway, back to jojoba oil.

While some people’s skin may genuinely not like jojoba oil (or other oils), often the issue is simply a matter of quality. Most oils out there are crappy, or rancid. If you get a refined, pesticide laden product, you shouldn’t be surprised if it breaks you out.

What is Jojoba Oil, Exactly?

Jojoba oil is the extract of the seeds of a jojoba plant, which is a desert plant that originated in the Sonaran Desert in the south west United Sates.

The reason jojoba oil is so frequently recommended as the best oil for skin care is because it is actually not like other oils at all – in fact, contrary to its name and appearance, it’s actually a wax ester. It is made of long straight chains of wax molecules instead of triglycerides (fatty acids) like normal vegetable oils.

This means that unlike regular oils, you don’t have to worry about it going rancid and it has a very long shelf life. This waxy property also makes it the most molecularly similar thing to human sebum.

Because it is so similar to human sebum, it can be used on oily skin to trick your pores into thinking they are already saturated with oil and therefore that they do not need to overproduce.

Personally, my skin is more on the dry side, so I use it as a moisturizer and for many people it works fantastically for this purpose.

However, I just learned that jojoba actually has some mild astringent properties too (ie drying), so if you have really dry skin, and find that jojoba isn’t helping, that could be why. Or if it works well for a while, and then starts making your skin too dry.

If this is you, you might do better with something like argan oil, which is more moisturizing, yet still great for acne prone skin.

Which Jojoba Oil Does Tracy Use?

Before I talk about anything else, you probably just want to know which jojoba oil I use. To be honest, I’ve only used two different brands – one wasn’t even a brand, it was an organic jojoba oil that was packaged for the specific health store that I bought it from in Vancouver, so it’s not widely available.

The other one, the one I’m currently using, is the Australian golden jojoba oil that Fran sells in her shop at High on Health. It’s very, very good quality, and I really, really like it.

However, it’s pretty expensive (but all good jojoba is), and the only reason I even bought it was because I’m currently in Australia, so the shipping is cheap. I don’t have a clue how much the shipping is on her products to overseas addresses – maybe I will find out when I go home to Canada and run out of jojoba oil!

So either way, if Fran’s jojoba oil is out of the question, you need to know which properties to look for when hunting for a good jojoba oil to try.

UPDATE: You can now get Australian Golden Jojoba Oil on Amazon.com

What to Look for In Your Jojoba Oil

Well, first of all, your jojoba oil must be organic. Don’t cheap out and buy non-organic jojoba oil… you don’t want it bringing pesticides and chemicals into your pores.

You need to make sure that what you’re buying is 100% first-pressed expeller-pressed (or “cold pressed”) organic jojoba oil. This is often labeled ‘unrefined’.

What that means is this: they use a machine called an expeller press to extract the oil from the seed. What is left is jojoba meal, and the unrefined, first pressed jojoba oil.

That is the stuff that you want.

You also don’t want a blended jojoba oil that contains both unrefined and second-press refined stuff.

For more elaboration on all of this, please read this webpage, as it explains it all very clearly.

Quality Jojoba Brands that I Recommend

Many people out there are using a brand called Desert Essence because it’s very widely available. While it’s organic and says it’s ‘pure’, I get the impression that this jojoba may be refined, or at least a refined blend, and that the word ‘pure’ here is just a meaningless marketing term.

I seem to recall somewhere reading about people having problems with this particular brand. Plus, it’s cheap, and good quality jojoba oil is usually not, so that isn’t a good sign.

To be honest, in my searches, it’s been difficult to find a good brand that lives up to all the right quality standards aside from the Australian Golden one.

However, I have found one that is available from Mountain Rose Herbs.

Here‘s another good one that I found on Amazon.com from High Altitude Organics. A reader also emailed this company called Aura Cacia and was told their jojoba oil was 100% cold pressed and unrefined.

Aaaand that’s about all I could find. There’s obviously a lot of crappy jojoba oil being sold out there, so it doesn’t surprise me so much that people are having trouble with it. So before you write it off, make sure you try out the good stuff!

I’ve also been hearing that people have more issues with jojoba oil when they use too much of it. If it sits on the skin, I can see how it may begin attracting dirt and other particles into the pore.

It is best to use only a couple drops of it, and massage it into wet skin (or just wet your hands first) to help it absorb, as well as spread evenly. Without dampness, it’s hard to evenly distribute, meaning you’ll use more than you’re supposed to.

If you use too much, then I find that rinsing the jojoba oil after you apply it and then patting the skin with a towel seems to take off the excess and leave just the right amount.

Have you been using jojoba oil? What brand? What quality? What has your experience been?