Is Everything You Think and Feel the Result of Social Conditioning? 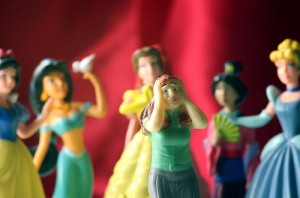 Social conditioning is a theme that has popped up over and over again for me in the last few months and, lately, has been on my mind almost constantly.

What is Social Conditioning?

According to wikipedia, “social conditioning refers to the sociological process of training individuals in a society to act or respond in a manner generally approved by the society in general and peer groups within society.”

Social conditioning is the process that everyone goes through as they grow up so that they can live in this society that we’ve all made up. From the minute you are born, you begin this social processing, where you are told what is good, what is bad, how to behave, how to feel, how to act around other people, and how to survive in this weird world we call home.

If you think about it, when you are born, you just “are”. You are a clean slate. You see things just as they are, you feel hunger (but you don’t have a name for it), you sleep when you’re tired because you don’t know what ‘bed time’ is. Nothing has a label, nothing has a meaning. You are just a beautiful human being with a ball of light energy inside you burning bright and being here in the moment.

Slowly you begin to learn that certain behaviours provoke different reactions from your caregivers. If you eat when they want you to, you are deemed ‘good’, and you make them happy. But if you don’t go to sleep at the right hour, you are deemed ‘bad’, and they are not happy.

Since your caregivers are all you’ve got – you’re so dependent whether you like it or not – an innate survival system inside of you kicks in. You begin to learn the behaviours that make them happy, and since you know that without your parents, you can’t survive, you begin to hate yourself when the way that you ‘are’ is not what they want. Suffering ensures.

No wonder we’re all so screwed up.

Now, don’t get me wrong – I’m not ragging on your parents or anything. Every single person that has ever lived and in every society has been conditioned. It’s kind of a necessary evil in order for us to get along in this world and survive. I plan to condition my own children when I have them, and there’s really no way around it.

But it’s just that we end up becoming slaves to the conditioning when it no longer serves us. We believe the conditioning is reality – that it’s truth. And the fact is – most of us simply don’t live up to the standards that are set for us as the proper way to ‘be’ and we hate ourselves for it.

You might be feeling some resistance to this idea at this point – you might think ‘not me. I haven’t been conditioned’. Your ego doesn’t want to let that slide, but trust me, you are not exempt… almost everything you think is truth is simply a conditioned experience. All of these things are conditioned ideas:

Conditioning has beaten us down. Remember when you were a kid? Remember how you just said and did whatever you felt in that moment? You let your silliness fly, and you were happy just doing, and loving, and being. You look at children and they seem so pure.

At the bush festival I was at in Queensland last week (it was called Earth Frequency, an apt name as most of the people who attend these things are very in tune with themselves and the earth), they had some aboriginal people in their native dress come to speak to us and do some of their native dances for us.

The aboriginal people of Australia represent the oldest surviving culture in the entire world and have lived off the land harmoniously for thousands of years (until the white man came along). It was beautiful to see him sharing the land with us to have the festival, and to be able to have a glimpse into their traditional way of life.

In one of the dances, it was kind of like an interpretive piece about the hunt with one of them acting as the hunter, and the other was the giant grey kangaroo. As soon as one of the guys began hopping around like a kangaroo, this adorable little two year old girl broke free from her parents into the circle and began laughing, smiling, and jumping around too, just so caught up in the excitement that she couldn’t seem to help herself (it was so cute). I mean, heck…. I guess she hadn’t been conditioned well enough yet to know that wasn’t acceptable to do during a performance!

Of course, her parents tried to pull her back in quickly and quiet her down as to not disturb the performers. Again, not faulting them – I’d do the same thing with my kid. But I’m just saying – if you look around – evidence of conditioning is simply everywhere once you realize that it exists.

Now, I’ve mostly been talking about general ways that society has conditioned us, but everyone has different parents and different experiences, and has been conditioned in their own unique ways at a very microscopic level. And which specific pieces of conditioning happen to haunt each individual is very different.

For example, you may be disbelieving when I say that there are people out there who have acne, and just don’t really care about it. Acne doesn’t bother them.

I mean, of course! It isn’t a law that acne has to ruin your life. Acne itself doesn’t have much meaning, except for the fact that society deems it to be ugly.

But we see the world with filters on according to what we believe to be true, and filter out anything that doesn’t fit that reality that we’ve created. You’ve probably had a lot of experiences with acne that have caused you to despise it with every ounce of your being, and since that is how you feel, it is hard to believe that anyone else would feel differently about their acne – or look at your acne with anything but disgust, for that matter.

Acne is the bane of your existence. So how is it not for that other guy who has acne and just doesn’t care about it?

It’s probably because he had a bad experience growing up where someone told him that his nose was too big for society’s standards, but as for his acne, well, he knows most people out there get some spots, and it isn’t really a big deal. But now you sit here, without noticing a single thing about his nose, wondering how he could possibly not care about his acne, while he’s sitting there assuming you are majorly taken aback by his gigantic bird beak.

Once you realize this (that everyone has had their different experiences that have shaped them) it’s very hard to fault anyone for being the way that they are. Suddenly, it’s a lot easier to be compassionate instead of reactive. If you don’t like someone, it’s easy to say ‘Oh, that guy’s such a jerk, he should know better’, or ‘that person is so ignorant, how could he possibly think the way she does’ and dismiss them.

For example, say you know a guy who always overcompensates for himself. We’ll call him Bob (sorry if your name is Bob). He’s always bragging, putting others down, acting like he knows everything, and buys fancy cars and expensive clothing. Immediately you dislike him and dislike him for how he is and wonder how on earth someone could think that was cool.

What you don’t see is the way that Bob’s father put him down as a child and gave a blow to his self esteem at every chance he could, and also that his father acted the same way – overcompensating, bragging, and being a jerk. Since children mimic and learn from their parents more than anyone else, what chance did Bob have to turn out as a confident, kind, and gentle man?

Conditioning Is Here to Stay, But Realize What It Is

Conditioning is never going away. People probably aren’t going to wake up one day in our lifetime and understand that all of this world is just one big made up game, full of two way mirrors and merry go rounds, and everything will be good.

We all have to play along in this three ringed circus we call modern society, but the more seriously you take it, the more you make yourself suffer. Remember – life is just a game. Most people never realize that.

There are other ways to live and be than the societal norms. Yes, it takes courage, but it feels a lot more real when you understand that the way you really are is just perfect and that taking a different path than what is “acceptable” is okay, whether it’s a different perception of yourself, a different way of eating, a different type of career choice, or an alternative lifestyle.

Awareness it the key to releasing the suffering of your conditioning. Every day, go about your business and notice the way that your thought patterns play into each other in their conditioned thoughts. Think ‘where is this belief rooted?’ and ‘is there any way to know with 100% accuracy that what I think about this is the absolute truth?’. Ponder if the things you are doing with your life are because you really want to or because you feel you have to live up to someone’s expectations.

I, of course, am still working on all of this (conditioning does not just vanish overnight), and I think my epic battle with my hatred of acne has got a long way to go. But I have to say that ever since I started becoming acutely aware of this conditioning stuff, I’ve been a lot happier, and a lot calmer. So seriously give this stuff some thought!

If you want to read more about it, consider reading “How to Get from Where You Are to Where You Want to Be” by Cheri Huber. It’s an excellent read.

In what ways have you been conditioned?