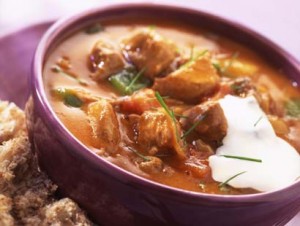 The other day I made a giant batch of my favourite stew: Hungarian Goulash.

Many of you probably don’t know what goulash is, or equate it with something not-so-classy. In America, goulash is apparently some kind of “chuck your leftovers and some ground beef in a pot” type of concoction with some macaroni thrown in for good measure. Likely served with a big side of Heinz ketchup 😉

For me, the name vaguely reminds me of the Russian word “Gulag” dancing into my head from history classes gone by. Gulag was the word for Stalin’s concentration camps in the former USSR. Hmm.

Okay, forget the name – goulash is actually delicious and awesome, and has got nothing to do with macaroni, ketchup, or forced labour. And it has a particularly special place in my heart, maybe because it’s the national dish of Hungary, and Hungary is where I met my lovely boyfriend (now husband), Luke, back in 2008.

We spent many of our first dates getting to know each other over a bowl of authentic Hungarian goulash. We also used to cook huge pots of it every week and sell it to the hungry backpackers staying in our hostel (we worked in a hostel in Budapest) to make a few extra forints (the Hungarian currency). 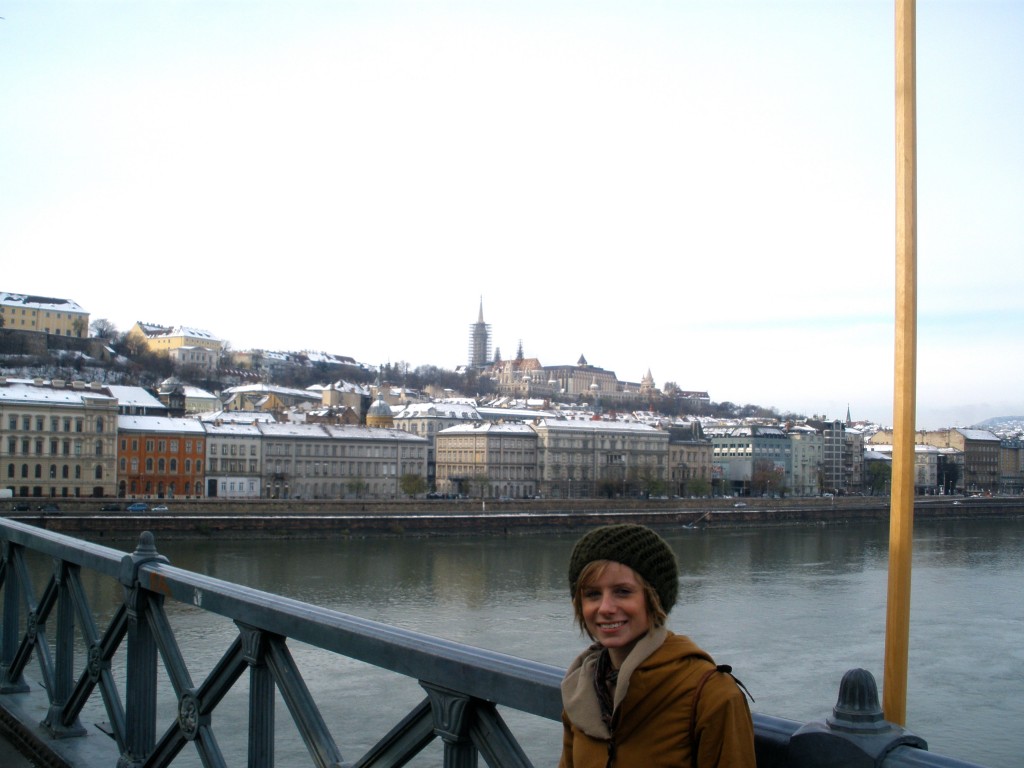 So what is goulash then?

While there are many recipe variants throughout Hungary and other Eastern European countries, basically it’s a hearty beef and veggie stew with the defining feature being a truck load of paprika. Hungary is famous for its paprika, and thus, this dish goes heavy on it. This is the way I make mine:

Now because it can take so long for the beef to become tender, I will warn you that this recipe is not such a good idea to embark on when you just get home from work and you’re really hungry. I have made that mistake before! It’s a good recipe for the weekend when you can start it early in the afternoon, and then you can eat the leftovers all week.

Or, my favourite way to make this is in a crockpot. That way, you could just throw all the ingredients in the slow cooker before you go to work or school, set it on low, and have a delicious ready made stew waiting for you when you get home!