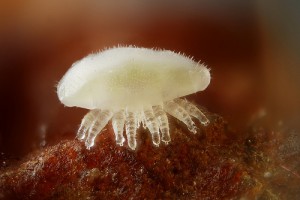 Do I have parasites, you ask?

Well… maybe. I haven’t been diagnosed with parasites.

But many believe that almost everyone has parasites to some degree. Which I guess I don’t think is all that far fetched otherwise I probably wouldn’t have bothered doing a parasite cleanse!

You see, most people think of parasites as something that causes you obvious distress. The type of thing you pick up in a foreign country, or when you don’t boil your water when you’re camping, but you just take some antibiotics and that’s the end of it. Something like giardia aka. beaver fever (which you know if you have because your burps start smelling like rotten eggs! Eww!)

So obviously not everyone has that kind of parasite. But some think that up to 90% of the population is host to some tricky, under-the-radar bugs. Ones that feast on your food so that they get your nutrients instead of you. Ones that disrupt your liver and pee and poo out toxins into your body. This then causes you random health issues (maybe acne?), but you wouldn’t know it was parasites that was your problem because they’re too stealth.

In my mind, this seems very plausible. Bugs, bacteria, and other microscopic flotsam is flying around everywhere. It could easily get into your body, and if it’s parasitic in nature, start getting cozy and set up camp for the easy ride.

Plus, why do people bother to deworm their pets routinely if these things weren’t common? Is it so far fetched to think that humans don’t harbour all sorts of unwanted free loaders too (as icky as it is to think about?)

Also, it makes sense to me that this could be a potential cause or contributor to acne. If overgrowths of bad bacteria and yeast like candida can distrupt your body and cause acne and skin problems, surely other parasites could as well.

They say you can pick up parasites from the following sources (from pottytoddy.com):

Common types of parasites in humans include tapeworms and other worms like white, red, black, inch, stickpin, pin, thread, and hook; fuzzballs, spiders, and little fish.

Sorry. Have I freaked you out, yet?

What are The Symptoms of Parasites?

Well, as is the usual frustration with self diagnosis, the list is long and kind of vague. Many of the symptoms are the same symptoms that are often attributed to millions of other causes like candida, food allergies, food intolerances, weak liver etc – although these causes may be interrelated, with parasites playing a role in the mayhem. Here’s the list:

Why Did I Decide To Do A Parasite Cleanse?

Mostly just to see what would happen. Knock another possibility off the ol’ list of possibilities.

If parasites are as common as they say – and it’s certainly plausible – why not just do a parasite cleanse and see how it affects my skin and how I feel?

After my GAPS & RRARF diet experiments (both of which did not go well, if you’re just tuning in now), I felt like I triggered some kind of mild candida-like reactions. Nothing serious, but a bit of itchy skin, mild eczema, foggy head, tiredness, and some acne breakouts, all of which were not there prior. Boooo.

I wanted to do something to get me balanced again, but after all that diet experimentation, I just didn’t feel like changing my diet again. What drew me to trying this parasite cleanse thing is that, allegedly, you don’t have to change your diet. All you do is take some herbs. It sounded easy, and at the time, I really liked the sound of easy.

After doing some research, it sounded like a brand called Humaworm was the best parasite cleanse out there, at the most affordable price. I also liked the fact that it was apparently a very gentle cleanse that contained herbs that not only killed parasites, but also supported the organs as your body detoxed and expelled all these nasty critters. The fact that it’s made by a home business and they make every batch fresh the day they mail it is pretty cool too, in my opinion.

What Was My Experience with Parasite Cleansing?

Well, I hate to tell you, but it wasn’t all that remarkable. Well, at least it doesn’t make for a very good story.

When you read about parasite cleansing on the internet, you often read about people who have crazy detox symptoms (which is when your symptoms get worse before they get better), and apparently you can actually SEE the dead parasites in your poo.

My experience was this:

I took the herbs twice a day every day for 30 days, as directed. I was really good and didn’t miss a day, because I read somewhere that if you miss a day of your program, instead of killing them, it just pisses them off and you don’t want that.

I also took 1/2 a teaspoon of psyllium husk twice a day every day in order to bind the passing toxins and dead parasites and make sure they get out of my system before getting reabsorbed into my body.

In the first couple of weeks, nothing really changed. Nothing got better, but my symptoms didn’t get worse. (well… I might have been slightly more tired). I felt mostly normal, which is awesome, actually. Who wants to feel bad and get more acne? Not me.

Also, I didn’t really see any obvious parasites in the toilet bowl. I guess I saw stuff that could have been parasites, but it’s hard to tell because it was most likely just fiber from the fruits and vegetables I eat. For example, there are certain parasites that look a lot like rolled up tomato skins. I saw lots of those, but I also eat a fair bit of tomatoes :/ They say 90% of parasites are microscopic though, so that isn’t a real indication that it’s not working.

Anyway, in the second half of the program, most of my symptoms actually did go away! The brain fog and tiredness remained, although I believe it got slightly better. That’s may not be a symptom of parasites though, so… so be it.

However, no more itchiness or eczema… and yes, my acne breakout went away and my skin has been excellent and clear for the last 3 weeks or so! Woohoo.

I’ll be honest though – I can’t actually be sure that the no acne can be contributed to the parasite cleanse. My skin is a bit strange and I get periods of mild acne breakouts that come and go over time, starting and stopping suddenly, sometimes with no real rhyme or reason to it. So I can’t say for sure it’s not just a coincidence, or how it’s going to pan out over the long run.

But here’s the bad news: after I finished the 30 days, the symptoms came back slightly (except the acne has stayed away! yay).

So Would I Say It Was a Success?

Lol – I said it wasn’t a very remarkable story.

However, it’s not really the end of the story. Because they say that after you finish the 30 days of Humaworm, the herbs stay in your system and liver for about 7 days. And then…. well…. they say there are now a lot of dead parasites in your liver, and they recommend that you do a liver flush to flush them all out.

*Sigh* I don’t know if you’ve ever heard about liver flushing (you know, with the olive oil and epsom salts), but it was really not something that I wanted to do. But, I got brave and I did it. You’re going to have to wait till the next article though to hear about what it’s all about and how it went.

Watch The Video Version of This Article:

What do you think about this parasite stuff?