What is Liver Flushing? 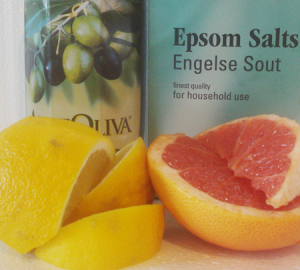 Last post, I told you about my experience with doing an herbal parasite cleanse.

At the end of the article, I told you about how they recommend you do a liver flush a week after you finish the herbs, in order to get out all the dead parasites that may be in there!

So What Is a Liver Flush?

Well, to give you the short explanation: the purpose of liver flushing is to detoxify your liver of toxins and accumulated junk. If all goes to plan, this should make your liver work a heck of a lot better, any symptoms you have should decrease, and your health should sky rocket.

Unfortunately, liver flushing is this unpleasant sounding procedure where you drink epsom salts and later a mixture of olive oil and grapefruit juice (there’s other steps involved, but that’s the basics). This allegedly causes your liver to quickly “flush” itself of toxins and to release gallstones that have gotten lodged there. Then you feel sick and have a lot of diarrhea the next day as your body purges all these stones and toxins out of your body.

Then if you’re lucky, you feel GREAT!

And the reason you would feel great is because your liver is a very important organ to have working properly, as it has so many jobs in the body. It’s inefficiency can quickly lead to disease. From hepb.org, the liver:

Something else that it does is break down or metabolizes the body’s hormones once they have done their work in the body. This is significant because if the liver is not efficient at breaking down these hormones they can accumulate in the body and cause hormonal imbalances, which can lead to acne.

Anyway – in many people, including those with acne, the liver is not running at top speed and it can create all sorts of problems, which is why something like liver flushing has the potential to help you feel a heck of a lot better.

Liver flushing seems to be a cornerstone procedure amongst the alternative medicine crowd. So many people absolutely swear by this procedure. They swear up and down that doing liver flushes has allowed them to regain their health and feel amazing, and they keep getting better and better after each one that they do.

And seriously…. I figure there must be something to this, otherwise, why else would people be willing to do such a horrible and unpleasant thing again and again?

You see, during the flush, you generally pass from your bowels a lot of these bright green “stones”, called gallstones. Supposedly these are what is clogging your liver and causing it to run sub-par, and the big aim of the flush is to get as many of these stones out as you can. However, the skeptics say that the stones are not really stones from your liver, all they are made of is congealed fat from all the olive oil that you drank the night before.

Others say that this type of procedure is very dangerous, because if you really did have gall stones, they could get stuck on their way out and end up sending you to the emergency room.

Others say that it is not really helping you, it’s simply irritating your liver to the point where it expels some toxins. But in the long run, it does nothing.

What Do I Think About the Liver Flush?

I have no idea if it’s legit or not. To me, I think judging its “legitness” would be based off whether it makes you feel good after and decreases your symptoms. I can’t argue with all those who claim it has improved their lives.

However, I don’t know of its true long term effectiveness, or if the stones are really clogging your liver or if they are just congealed olive oil.

As for the risk of a stone getting clogged – well, I believe that is legitimate, but also that it’s probably a rare occurrence. Most things in life do involve some risk, but that’s up for you to decide (ie. do your own research if you’re considering this)

Personally, I was never really planning to do one of these flushes.

What influenced this decision was that I think that the first time I ever heard about liver flushing was from my pal Seppo over at AcneEinstien.com, and his experience and opinion on them was not positive. So I definitely started off with a bias there.

So, yeah. Not high on my list of priorities. So I never really bothered looking into it too much and ignored the whole thing.

Why I decided to do it in the end was that it just kept popping up on my radar all of a sudden. There was:

So I figured, what the hey. Why not just try it once. For the sake of experimentation and curiosity.

Tuuuuneee in next time to find out what happened!

Watch this Article in Video Form:

What do you think about this liver flushing business? You ever tried it?