How to Remove Makeup without Cleansers, Oils, or Makeup Remover 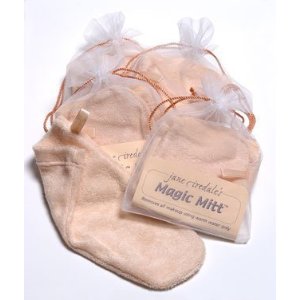 A question I get asked often is: How do I remove my makeup without chemicals or harsh cleansers?

This question usually comes to me after someone has switched to a more natural skin care routine that I recommend – particularly that they’ve started using raw or manuka honey to wash their face. While most people have no problem with this, some people find that it doesn’t seem to completely remove their makeup.

I tend to suggest in this case that you use a cotton ball doused with a little bit of natural oil to remove your makeup before you wash your face. Something like jojoba oil will do a great job at dissolving the oils in the makeup, which then can be easily washed away.

However, some people find that even using an oil as a makeup remover doesn’t work! Or they just don’t like using oils, for whatever reason. Or just haven’t found one that agrees with their skin. Whatever it is, some people want to know – is there anything else that is safe, natural, and non-irritating that they can use to remove makeup??

Well, I may have found the answer for you, and it’s called the Jane Iredale’s Magic Mitt. Using it, you can completely remove your makeup with nothing but the mitt and some warm water.

How Does it Work?

It’s a microfibre cloth that is super gentle. The fibres are so small – apparently many times thinner than human hair – that they are able to penetrate oil films. This breaks the tension of the oils that bond the makeup to the skin and emulsifies it all into something that can be easily wiped away by the mitt. And that includes eye shadow, mascara, lipstick, blush, as well as foundation and powder.

Now, I have to give the disclaimer that I have not personally tried this purportedly magical mitt because I don’t wear any makeup anymore. But I’ve read lots of reviews of it, and it sounds like it’s gentle enough for acne prone skin, unlike, say, a regular washcloth. And it really does work, much to the surprise of many that couldn’t believe that something could effectively remove their makeup using only water.

How Did I Come Across the Magic Mitt?

Well I was reading through some old comments from when my blog was a wee newborn, and I came across the following comment in which the Jane Iredale product in question was mentioned. I thought, hey – this might be the answer people have been looking for to the ol’ “how do I remove my makeup?” question. Decide for yourself if the Magic Mitt is something you want to use, but I wanted to make sure you knew it existed.

First off I’d like to thank you for sharing such VALUABLE, honest, sincere, good hearted information with a lot of people suffering out there with poor health. When it comes to skin issues, I have had a horrible skin breakout this past year due to POOR health. I’ve gotten back to my old lifestyle which I followed during my modelling days, and voila, in 2 months they are gone. When it comes to skincare, I honestly have to say the idea of using honey to cleanse skin CAME FROM YOU! And I am sooo grateful to you for that, it was like the final touches for lifelong healthy skin.

I wanted to tell you that people who wear makeup and are saying honey does not clean it off properly, instead of using oils you should mention the MAGIC MITT from JANE IREDALE. It’s a way to cleanse your skin with NO CLEANSER. Just gently pat/wipe off the makeup with this cloth, the difference between this cloth and other ones you can get is that it has very very tiny threads that work in and loosen the makeup. Trust me I have tried the regular wash clothes (none work as best as this). If you Tracy still do wear a bit of makeup I recommend you go pick up some of the Jane iredale pure pressed base and just put a bit of that on spots, it’s mostly natural, has about 6 ingredients in it, and is EASILY removable with the magic mit, and then follow up with your honey to really get the face clean. That way you don’t feel so guilty of even putting any kind of makeup on your skin

Anyway that’s one tip I just wanted to share with you. Take care of yourself and God Bless you for helping others in their struggles.

How to Use Your Magic Mitt

Here is a demo video I found on youtube so you can see how it works:

Watch Me Talk About the Magic Mitt:

If you wear makeup, what do you remove it with?