The End of My 60 Day Meditation Challenge – Did It Work? 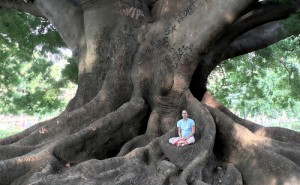 Okay, so you may have remembered – but probably not – that I began a 60 day meditation challenge for myself approximately… well, 60 days ago. If you want to know what that was about, you can click here to read the article.

Basically, the gist of it was that I was getting some minor breakouts and freaking out about them. They weren’t a big deal, but I realized that acne was still holding that incredible fear within me, and I wanted it to stop. Meditation is supposed to be amazing for peace of mind, as well as have many physical benefits, so I wanted to see if challenging myself to meditate every day for 60 days straight would help me to be more relaxed and perhaps even help my skin.

I had never been too disciplined at following through with meditation, so to help myself out, I decided to invest in some meditation tracks by a company called Meditation Program that are supposed to help you go easily into deeper brain waves.

So what did I think of the whole experiment?

Everything started off really well. Having attempted to meditate in the past without meditation tracks, I realized right away how much easier it was to use them. They instantly brought me to a place of peace and mindfulness. So in that respect, if you want to try meditation, I’d definitely recommend using meditation tracks.

But I ran into a few problems. One was that the tracks were so relaxing that if I lied down to listen to them, it was painfully difficult to stay awake. Meditation isn’t about sleeping, it’s about being completely at peace in the waking moment. So that was an issue. I managed to remedy it by doing yoga while I listened to them – the movement kept me awake and made it a lot easier to be in the moment, because you’re “feeling” your body as it moves. You also get the benefits of stretching and breathing that come along with yoga.

So that was great. But then came the problem that as you progress through the Meditation Program, the tracks get longer. For the first 4 weeks or so, the tracks are a half hour long each. Which was fine, and easy! Half an hour felt like a breeze… but then the tracks started to become one hour long each.

It felt like too long to me to set that much time aside, and I started really not looking forward to it.  In fact, I have to admit… I’ve been totally slacking off on it the last couple weeks because of it. But that’s a good lesson – I don’t think meditation should be about forcing yourself go for a certain time goal. I felt like 30 minutes was a perfectly easy amount of time to dedicate to it and stay in the moment, and maybe I should have just stuck with that. I’ve never been someone who enjoyed strict routine. I prefer life to me more fluid, as opposed to scheduling thousands of things that I “have” to do – it makes sense to me now that this rigid commitment wouldn’t end up agreeing with me.

Anyway… the benefits? Did I get anything out of it?

I would say yes, but I can’t say for sure or to what degree- unfortunately, it was not a controlled experiment.

The bit of a breakout I was having when I started the challenge has mostly cleared. But I said that I wasn’t going to change anything in my lifestyle routines while I was doing the meditation challenge to avoid interfering with results – that didn’t exactly happen. Oops! Sorry guys!

The clearness of my skin also tends to go in random waves too, so whether it physically helped my skin or it’s just a coincidence, I don’t know. If my skin condition was still severe, it may have been easier to tell.

To be honest though, I do feel like I’ve gotten a lot of psychological benefits. Something significant that I did alongside the meditation was read the The Emotion Code and spend the time to clear trapped emotions from my body. I felt lighter and significantly less fearful after I did this, and I’d highly recommend it for clearing emotional pain that may be playing a part in your acne. In this case, the meditation really helped me get in touch with my subconscious in order to make the The Emotion Code techniques effective. I’ll do a post about this in the near future so you can find out more about it.

Since then, I have been feeling significantly more blasé about acne in general, even to the point where I wonder how I had ever worried about it so much – particularly how much I used to worry about having mild acne. I think this is a pretty fantastic breakthrough and something I can definitely attribute to my recent dedication to emotional healing.

In summary, I’d say the whole thing was a success, but not in the way I had predicted!

My recommendation for trying meditation would be to take it slow. Don’t try to go for an hour long session in the beginning. You’ll just end up frustrated and bored. Begin by spending a few minutes to breathe deeply and notice your surroundings. Get out in nature and just truly appreciate every wonderful little thing you hadn’t noticed because you’re normally too busy with racing thoughts. We get so caught up in our skin conditions that we forget there is a whole wonderful world outside of ourselves.

Even though meditation experts may disagree,  I even find that putting on some of my favourite tunes and really grooving into them until everything else fades away can produce the same relaxed, happy mindset that “traditional” meditation can provide. Do what feels best to you – just make sure you are taking some time each day do something for yourself that makes you feel alive in your body and keeps your mind off your skin ♥

PS – If you want to check out a cool site about learning to let go and flow, check out fellow acne sufferer and meditator David DiGiovanni’s blog at www.letgoandflow.com

How to Stop Obsessively Checking Your Acne in the Mirror

It’s a habit most acne sufferers know. That insatiable urge to run and check the mirror a thousand times a day. I’ve been there. You’ve