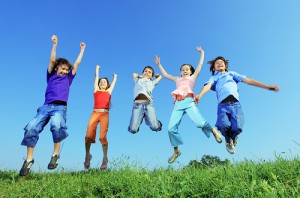 There’s a page on Facebook that I “like” called Heal Thyself, which is a network of people that are all about healing themselves naturally through food and lifestyle. A lot of really smart people follow that page – ones who know a ton about natural healing!

Every day, the administrator of the page, Pat, will pose a health question to the facebook page that someone has asked, and then everyone gives their two cents.

Well, one day last month, the question happened to be:

“I would love to know if anyone has had success with natural remedies for adult acne. I’m 25 and continue to have constant breakouts and blemishes.”

As you can expect (because that’s the frustration with treating acne – it’s caused by many things and different things work for different people), the answers were all over the place. So, in reality, reading this might actually be a lot more frustrating and confusing than beneficial. If so – sorry!

However, I found it incredibly interesting, so I didn’t want to bypass the opportunity to share it. Personally, I love hearing what specific things have worked for other people, because sometimes you see a trend.

I’ve noticed of the following list, there is a trend with using coconut oil on the face (although, some people find it pore clogging, so make up your own mind about using it), using African Black Soap (which I didn’t know much about before reading this list), and also cutting out sugar, dairy, or gluten (or some combination of).

So here they are… and in the comments below, leave your own findings for what specific things have worked for you or have made a big difference for your skin…

Whew. If you made it through all that, I’m impressed. As I said, please share in the comments what has worked for you, or at least made a big difference in your skin.