Follow Up Day: How My Reiki, And My No-Shaving Experiments Turned Out 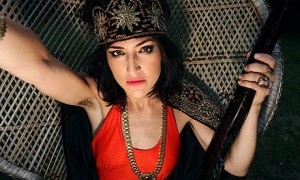 I realize that sometimes I’m kind of bad with follow ups.

I had written a post in the summer about how I was getting some reiki sessions – four to be exact. I was getting these done so that I could try something new (energy healing) to get rid of those last nagging emotions about my acne prone skin, and that fear about acne that has followed me ever since my skin was so bad. I wrote about my first two and then never really talked about the last two or whether I think it was worthwhile.

I also wrote a post around the same time talking about how I was considering not shaving my legs or armpits anymore. But I never told you whether I really stopped or not!

With the reiki, at the first two sessions, I was a little skeptical that anything had really changed, although I found the experience of talking to the reiki master and hearing her ideas and perspectives extremely enlightening in itself. This is when I wrote this post about it.

After that, in my last two sessions, it seems as though more happened. She said that she could now start to feel my energy moving, and she found a couple of specific energetic knots in my body that we cleared.

In one instance, it was very interesting, because she had her hand on this knot in my back. Like a literal knot, I could feel it and feel her hand pushing on it. It felt like this hard ball of something. She said that it was an ancestry spot, meaning that I was carrying around some kind of issue that I inherited when I was born from my family line. It was on the male side of my body (I guess the left side is masculine, and right is feminine.. or I might have that mixed up). Apparently it being on the masculine side meant that it was from my dad’s side of the family. (If this sounds crazy to you, it’s okay. I often think this spiritual stuff sounds nutty too, but I just roll with it).

So anyway, she then asked if we wanted to clear it. I said heck yeah. My dad’s side of the family has all sorts of problems, I don’t want to be carrying around any of that with me.

So she said okay, and asked that we both picture a lot of golden light getting poured into the knot in order to clear it, and she began to speak some kind of intention about it.

Before she was even finished the sentence, all of a sudden, the knot just went *poof*. I could actually feel it just suddenly disappear from my back. It was gone! She only had her unmoving hand on it, so it’s not like she had massaged it out or anything. She was surprised and said “Oop. Okay. There it goes! Guess you were really ready to get rid of that.”

I have no idea of the specifics of this ancestry knot, but whatever it was, I’m glad it’s gone 🙂

In the last session, she again came across some kind of knot in my back and this time it was on the female side of my body. She said it was a “betrayal” knot, and that this means that at some time in my life, I have felt betrayed by a woman in my life that I trusted.

To be honest, I had no idea what she was talking about. I don’t feel betrayed by my mother or any other woman I could think of.

After a few minutes of me trying to rack my brain, she said that she was energetically getting the feeling that this is about betraying myself, as a woman.

Of course betrayal of self as a woman is up to interpretation. There are many ways that we betray ourselves – by selling out our true selves out in order to get approval, comfort, or affection. Hating our bodies and calling ourselves names.

What immediately came to mind when she said this was my lifelong distaste of “looking young”, that has bothered me since forever. I feel like I’ve let this limiting belief allow me to be less confident. Like I’ve always desperately wanted to be a woman instead of a girl, who people would take seriously as a grown woman, but haven’t actually let myself become, and really feel like a confident, grown woman (because I’ve kept myself stuck in the mindset that I look like a little girl, and that’s all people will see). ♫ Self fulfilling prophessseee ♪

I’m not sure if that counts as a serious betrayal or if that’s what the knot was about. Who knows. But that’s what immediately popped into my head.

It could have also been about the way I let myself get so stressed out from not being the “perfect woman” to my ex boyfriend (impossible since we were so different). The stress of this self betrayal resulted in self injury – my health took a nosedive, and my skin broke out in severe acne, and this started a fearful, stressful cycle that I still go through today. This is why I was there in the reiki sessions – to see if I could finally get rid of this cycle of fear about acne, even though the severe acne is long gone.

Either way… we cleared that one too.

She Got A Message From My Body…

One last thing that I remember from the fourth reiki session was that she said she was getting an energetic message from my body and it was:

“Hey Trace. It’s okay. You have a reason to be scared. You’ve been through some rough stuff. You don’t have to deny that or think that you’re crazy for feeling this way. But I want you to remember that right now, in this moment, everything is fine. There is nothing to be scared of when you are here in this moment.”

Yes. Thank you body. You are so right.

Was Reiki Worth It?

I think so. I mean, I definitely thought it was a fantastic experience, and was worth the money. I feel like I got a lot of benefit out of the experience, although it’s hard to tangibly pinpoint what. If you went to get reiki, I can’t say you’d have the same positive, worth-the-money experience, as it’s obviously individual.

What I’ve noticed is that since my last session (which was over 4 months ago now) I have felt pretty good. Low stress and a nice feeling of wellbeing. I don’t think I’ve gotten upset or stressed about my skin and generally feel quite relaxed and calm about life. I don’t feel so worried about my health.

Then again, my skin has also been rather stellar lately, so it’s a bit of a chicken and an egg thing. When my skin is great, I don’t get stressed about it. So did the reiki play a part in me releasing emotions that has now allowed my skin to be clearer? I guess I will never know for sure.

And What About Your Hairy Pits, Girl?

Well, after I made this video, I did indeed let my freak flag fly… I grew everything out for a good few months.

Truthfully, I just couldn’t grow to love the long leg hair even a little bit. It just felt too manly for me. So I decided to shave it, and then just shave whenever I wasn’t too lazy. I really don’t mind a bit of hair, but the long, long leg hair… I just couldn’t do it.

And that’s okay. This was an experiment. Whatever choices we want to make is fine, I just wanted to be sure that it was MY choice, and not one that was made for me by societal conditioning.

As for the armpit hair on the other hand… I actually kind of liked it. To me, something about it feels womanly and grown up. But something about it disturbed me too (I’m guessing the conditioned part of me that still sees beauty as what’s in the magazines).

Because it’s winter, I haven’t really had to face the task of letting it be “out there” much, since I’m always wearing long sleeves. I don’t think about it much. But the couple of times that it’s been so warm inside a house that I stripped down to my tank top (while people other than just my boyfriend were around), I admit that I was quite conscious and embarrassed about it – to the point where I was so very close to impulsively shaving it off and taking the easy route of conforming.

The only reason you’d be shaving it is because of what other people think. And that is not what you want to do. And so it remained for a while longer.

But then, I also realized it actually was making my armpits sweatier and giving me pit stains. So out it went. Lol – I don’t know how I feel about that…. I’m kind of torn between not really liking them grown out, and not really liking them shaved. Oh well. I guess that means they might go on a sliding scale… grow out, shave off.. it doesn’t really matter.. just whatever I feel like doing that day!

Overall, I think it was still a great experiment to get me a little more comfortable with my natural body hair, even if it won’t be coming out to play 12 months a years. I’m glad I at least allowed myself to challenge the convention to see what happened. I feel a wee bit stronger and a little less fearful about one more thing in my life.

Watch Me Talk About Reiki & Shaving in Video

(You also get to see my new doggy!)