What is the Difference between the Paleo Diet and the Atkins Diet? 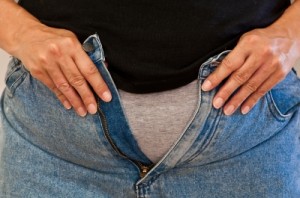 The paleo diet – ie. the low carbohydrate hunter-gatherer diet consisting of primarily meat, eggs, veggies, nuts, seeds, and some fruit – is all the rage these days. People are loving it! They’re clearing their skin, curing their IBS, building muscle without even trying! Diabetics are getting off their insulin, and people are losing weight like mad!

I’ve personally been slowly transitioning into trying out the paleo diet, and I can now say that I am consistently eating ‘primal style’ (I use the words paleo and primal synonymously). As you know, I’m doing a candida cleanse right now, and it’s pretty well the same thing.

So far I’m loving it!

My acne prone skin is looking fantastic, the eczema on my hand is clearing up, I have plenty of energy, I’m advancing easily with my exercise, and best of all…. it’s very satisfying! I eat delicious food all day (that is generally full of fat), and it’s GOOD FOR ME. Amazing. And it’s really not as difficult to eat this way as I had imagined, once I just went ahead and tried it.

It’s not surprising that this way of eating seems to be really helping people feel great. Logically it makes perfect sense to me – we ate this way for thousands of years. Only in the last couple thousand years have we had access to agricultural foods like grains and beans, let alone processed food. If this way of eating was fundamentally bad for you, then humans never would have made it this far, since this is what we were eating for the majority of our existence.

Okay, great… but what about the Atkins Diet?

Remember the Atkins Diet? It was insanely popular in the early 2000s amongst people on the weight loss train. It’s also a low carbohydrate diet, and it seemed fantastic at first because people really did lose crazy amounts of weight. But then it turned out that many people ended up with some serious problemos, and now it’s actually touted as being one of the most unhealthy diets ever.

So what’s the difference between the Paleo and Atkins? They’re both low carbohydrate and the foods allowed on it are pretty similar. How could Paleo be SO healthy, yet Atkins so unhealthy?

In the beginning stages of the Atkins Diet, very few carbohydrates are allowed (less than 50 grams per day), which leaves hardly any room for healing fruits or vegetables. So you’re basically left eating lots of meat and dairy products all day, which is very constipating and unhealthy if not balanced with alkalizing vegetables and plant foods.

While more carbohydrates are allowed later in the diet – which does allow more room for veg – the other problem is that there is no emphasis on quality of foods eaten. People are free to eat hormone and antibiotic laced meat, all sorts of pasteurized dairy products and cheeses, battery cage chicken eggs, damaged and trans fats, and preservative laden lunch meats. Plus there is no emphasis on quality of carbohydrates eaten – so for their small allotment of carbs, people are likely to to have a piece of scratchy toast instead of a plate of vegetables. In other words, processed foods are not excluded.

I also find that Atkins is very reliant on carb counting, calculating, and other things that most people can’t be bothered with long term. I think this is one of the biggest reasons the majority of Atkins Dieters end up back where they started.

On the other hand, paleo’s emphasis actually is not on meat and protein, and most dairy products aren’t included. The emphasis is actually on vegetables with small amounts of meat and plenty of good fats. Quality is also heavily emphasized in all aspects of the paleo diet – no processed food, no trans fats, and no hormone laden meat. It also isn’t dependent on counting or calculating anything – more carbohydrates are allowed because the idea is just to eat as much paleo food as you want until you’re satisfied and leave it at that. This means plenty of room for all that healthy non-starchy, low carb veg that Atkins doesn’t seem to notice!

The biggest difference is the mindset. Atkins tends to be a fad diet that people will go on with one goal in mind – to lose weight. That is why quality on the Atkins diet doesn’t seem to be important… they are achieving the end goal, without paying attention to what they had to do to get there. There will be consequences!

On the other hand, with the primal/paleo diet, the goal is actually to become as healthy as possible. It’s much more of a lifestyle than a diet because primal eaters tends to include the other areas of health in their life as well. It’s a well rounded holistic approach on exercise, sleep and stress reduction as much as the diet itself.