What’s the Difference between the Primal Diet and Paleo Diet? 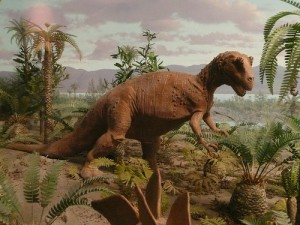 Okay, so in my last post about the difference between the paleo/primal diet and the Atkins diet, I said that I use the words primal and paleo synonymously. However, there actually is a difference, and I want to outline it for you. This is because I align more with “Primal” than “Paleo” and would like to start using primal as my word of choice. (Of course, this is all just nitpicking).

They both have the same basic idea – that humans are better off eating pre-agricultural revolution foods because it’s only been a couple thousand years since then, and our genes haven’t changed that much since ancient times. While neither is actually a super low, low carbohydrate diet like the beginning stages of Atkins, they are still against excessive carbohydrates, and particularly grains of any sort.

So what’s the difference?

I’d say the difference mostly comes down to fat.

The paleo diet, most famously outlined by a man named Loren Cordain doesn’t advocate a higher fat intake, and is particularly opposed to saturated fat. He encourages lean meats, advises to avoid all dairy, and all starchy vegetables (like sweet potatoes). Because of this, the diet is generally higher in protein – which I don’t believe is a good thing. You can view a list of paleo approved foods ala Loren Cordain here.

The Primal diet is a bit more lenient and the godfather of “Primal” is a guy named Mark Sisson. He takes the paleo diet and makes it more human. It’s okay if you aim for 100% with your diet but fall at 80%. You are allowed a little bit of quality dairy… you are allowed some starchy tubers. And you are allowed to eat plenty of good fats, as well as quality saturated fat (which he, and I, believe to be wrongly persecuted). Therefore, the fat intake is much higher, and that lowers the protein intake.

The difference is also the lifestyle thing that I was mentioning last post. Paleo is more of a “diet”, where as Mark has taken it and made it into a lifestyle – the “Primal Lifestyle” – all about emulating a more natural life that our caveman ancestors may have lived. And I don’t mean you have to live in a cave and stop shaving… I mean eating as close as we can to their diet without going out and hunting dinosaurs, or exercising in a way that would have resembled how they did (ex. doing sprints in your minimalist shoes every once in a while to emulate running away from the occasional dinosaur). To sum it up, his tagline is “Primal Living in a Modern World”. Check out his website, he’s a smart guy.

So if I said I was eating paleo, I actually meant primal (so when I talk about this way of eating in the future, I am going to use the word primal). I don’t eat outrageous amounts of meat and saturated fat (again, I am all for mostly vegetables)… one smallish serving of meat per meal at most. But I am loving being able to eat the succulent fat instead of being relegated to boring, low fat chicken breasts. And being able to eat butter! Hallelujah. It’s very satisfying. I also love sweet potatoes, so maybe that’s why I would rather be primal than paleo :p

All in all, Mark’s approach to the whole thing makes a lot of sense to me and I’m enjoying skirting around being “primal”.

That being said – I’m not an extremist, and I don’t really like labels.

The reason is because I don’t feel like there is one diet out there that is the best for everyone. I agree with the principles of avoiding grains (especially gluten grains) and excessive starchy carbohydrates – but I don’t think it’s a big deal to eat more carbohydrates if that’s what your body wants and needs – or even eating some brown rice, quinoa, or beans if they’re properly prepared. Everyone is so different and each individual will feel their best with their own individual ratio of fats to proteins to carbs. ♥