Could Hypnosis Help With Your Skin Troubles? 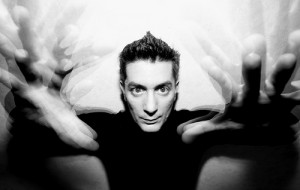 Hypnotherapy could possibly help you to get over the emotional triggers, responses, and resulting symptoms of acne or other skin diseases.

Most people think of hypnotism in terms of silly shows where people get on stage, end up imitating Elvis, and make fools of themselves. But hypnotism has a very real application, and that is to help people access their subconscious and change their responses to certain stimuli. This can be very helpful when people need help to break an addiction (say to smoking), or get over an emotional trauma. And it can be very helpful in the treatment of acne and its emotional triggers.

There are three ways that it can help:

1) Treatment of the Root Cause

If you suspect that there are emotional issues that triggered your acne, but aren’t really sure what they are and are unable to work through them until you know, hypnotherapy can help you figure out what those emotional causes are. Some people don’t need this step because they already know what the problem is – say, for example, their acne problem started at the exact same time that someone close to them died (although in most cases there will also be hidden issues that aren’t apparent on the surface, so it’s usually helpful for everyone). Hypnotherapy can then help you to disassociate yourself from your emotional triggers that bring on the acne.

2) Treatment of the Symptom

The symptom of acne itself usually provokes all kinds of extra issues – like poor self esteem, tendency to want to hide, and a lack of confidence. There are many different techniques used by hypnotherapists for treatment of the psychological experiences brought on by the symptom. This includes things like creative visualization, which can trigger real physiological changes in the body and skin. For example – if you visualize yourself as happy and carefree with smooth, acne free skin, your body will respond to this as if it were actually happening and produce the positive changes.

3) Treatment of the Reaction

Many people end up with habitual reactions to the acne that make it worse. The most obvious one would be skin picking and popping, which can be very serious indeed… or simply just a sudden worsening of the mood and self esteem as soon as a blemish begins to appear. If the acne goes away, so does the reaction, but until the reaction has been deconditioned, it will resurface the moment a pimple does. Hypnotherapy can help you to decondition these responses.

I haven’t tried hypnotherapy yet, but I’ve always been really interested. I think it may be the most beneficial treatment you could get when it comes to improving happiness, which will subsequently improve the skin itself. I also strongly believe that I coud use some help to decondition my mood dropping reaction that still surface when I get spots.

My interest in hypnotherapy was renewed this weekend when I experienced a completely random coincidence. Seppo Puusa, a Finnish guy who wrote the acne ebook, Clear for Life, was who introduced me to the principles and ideas that have helped me to clear my skin. He also was the one who recommended me Skin Deep – an excellent free ebook that is all about the psychological component behind skin diseases. It’s an amazing resource for understanding your emotional issues.

Anyway, Seppo lives in Thailand and has lived there for quite a few years as an expat (the word for someone who has made their home in a foreign country), and since I’ve started this blog, we’ve been in good contact.

So, I was at this amazing beach party this past weekend on an island in the strait between Vancouver Island and my hometown. It was cathartic and wonderful, and I danced all night under the trees.

It was so what I needed!

Everyone is really friendly at these parties, and I ended up chatting with this guy from Vancouver that I hadn’t met before. His name was Bruce and he told me he had just got back from four years of living in Thailand. I asked him what he did there, and he said that he was a hypnotherapist. Right there, I was immediately interested and asked him if he had experience with treating people with skin problems. I told him that I wanted to talk more about it, because I used to have really terrible skin and now I run a website about treating it naturally.

He says “Really! That’s really cool…. weird coincidence, I know a guy in Thailand who kind of does the same thing’. I couldn’t even believe it… I knew exactly who he was talking about before he even had to say it. He continues to confirm that it was Seppo and that they were actually very close friends, and that he was the one who introduced Seppo to Skin Deep.

So… I suppose you could say this random man named Bruce indirectly helped me clear my skin.

It was just such a weird, weird coincidence. I mean, of all the expats in Thailand (and I imagine it is a very large community), and of all the random beach parties going on in the coastal region of BC (the party was rather small… maybe 100 to 200 people and is purposely kept a secret), and of all the people I could have chatted with there… let alone the fact that I even decided to tell him about my skin problems and my blog in the first place! It’s very rare that I come out and tell strangers that right off the bat….. ….the universe is so strange.

Anyway, we exchanged contact details and will be in touch about doing some hypnotherapy stuff, and if it happens, I will surely report my experiences!

Do you think hypnotherapy could be something that would help you?