Birth of a New Me: Why I Decided to Cut Off My Dreadlocks 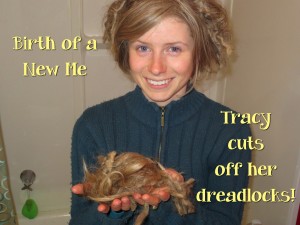 Yes. Yesterday I had dreads… today… no more. Did I know that April 26th 2013 would be the day that my dreadlocks’ five year reign on my head would come to an end? No I did not.

It just kind of happened out of no where. I was going to post about something completely different today!!

In today’s post, I cry in this video talking about why I was contemplating getting rid of them. I was feeling a strong pull to do it and I was really feeling like it was time to let go.

The urge came on strong and sudden yesterday even though it’s been a long time coming – but at the same time, I was scared as shit to really do it. So much fear brought to the surface. So many questions. Will I be pretty without them? Will I look like a little boy? Is my personality enough? Will alternative folks know I’m hip?

It’s kind of like deciding to cut off a limb. Except, like…. well, not really. Limbs are way more important than dreadlocks. But the dreads do become a part of you and your identity. A lot of attachments there. And I wanted to shed myself of those attachments and see what was underneath. The real me. I feel like my journey has allowed me to grow enough that I no longer need what they symbolize, even though a big part of me is still clinging to it.

The video was open ended, with me saying that I don’t know when I’m actually going to do it. But once I make a decision on something, I have zero patience whatsoever. So I immediately walked to the bathroom, grabbed the scissors and lobbed them off.

Funny, as soon as I faced the fear head on… poof. The fear completely disappeared. 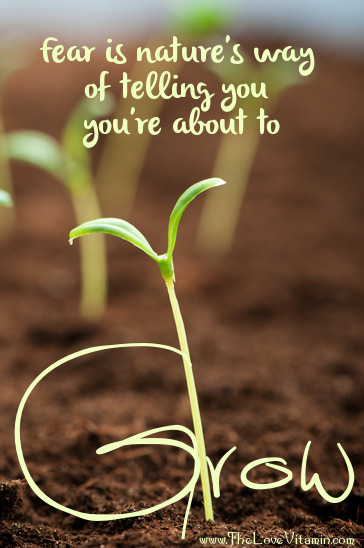 Video of me with the aftermath and my thoughts:

So yeah! There you go. Some mixed feelings, but overall feeling very freed, and I think the big lesson here is that the reality is never as scary as our fears. It’s okay to be scared, but it’s important not to let the fears keep you from doing what you need/want to do.

Also if you are wondering what I did with the dreadlocks – whether or not I had a hippie ritual ceremony and spread them around the forest, or burned them – nah. I just threw them in the garbage. I was attached to what they symbolized, not the clumps of dead hair. I’m happy to move on.

Do you have any stories about cutting hair, facing fears, or anything related? Share in the comments!

Hello lovely Love Vitamins… happy 2017! Okay I know I’m a little late on the mark there (what with it being the 9th of January

So as I mentioned in my last post, I’ve been breaking out a fair bit lately. Ever since I got rid of the severe acne,