What to Do If You Have to Take Antibiotics 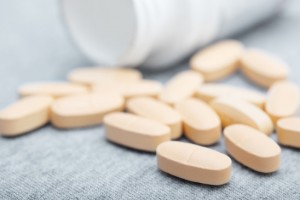 So, a few weeks ago, I got all four wisdom teeth yanked out of my head.

Normally people get them out when they’re teenagers, but I guess I was a late bloomer at 28, and so it was “complicated”. The longer you leave them, the more rooted they get in your jaw.

Actually, that was kind of a good thing because I got to be completely put under, and didn’t even know what happened.

Well until I got home and had to deal with the aftermath!

I spent a week feeling like poop, with a huge swollen face, eating nothing but green smoothies & soup.

Not the best end to an awesome summer, but what can you do! I survived, and luckily a couple weeks on, my face feels fine and I’m pretty much back to normal. Doc says I’m healing like a champ.

But Anyway…. The Antibiotics

Because my case was a little difficult, they said I was supposed to take antibiotics to make sure I didn’t get an infection after.

I mean, I LIKE that antibiotics exist. Antibiotics save lives. Not gonna say I wish penicillin was never discovered.

But they’re overused and overprescribed, and they have their consequences. They don’t discriminate between killing bad bacteria and killing the helpful, health protective bacteria in your body.

Long story short, this can lead to imbalances in your body where the bad bacteria, particularly in your digestive tract can overgrow and lead to all sorts of health problems. One of those problems is acne.

Which makes it sort of sad and ironic that those with acne are often prescribed antibiotics for months on end.

I do NOT recommend taking antibiotics to heal your skin. Sure, they work in the short term, but leave you open to more acne down the road.

Instead, I recommend healing your skin through healthy lifestyle changes and natural skin care. It’s the only solution that gets to the real root of the problem, instead of just covering it up.

Check out my Naturally Clear Skin Academy if you want more guidance there!

Okay But What If You HAVE To take Antibiotics?

Okay so.. yes. What about in a case like mine where you feel like you kind of have no choice?

How do you minimize the damage?

Well, the key is that you absolutely want to be taking probiotics (good bacteria) during and for quite a long time after you finish the antibiotics. This is incredibly important.

When bad bacteria doesn’t have good bacteria to keep it in line, it can be aggressive and overgrow easily, and antibiotics suddenly offer this opportunity.

So instead of letting them get the upper hand, fill up that space with good bacteria before they can and slap them baddies down.

In fact, I’ve often wondered if a short bout of antibiotics could actually be helpful to reset a bad bacteria situation, if you also do the work of flooding your body with good bacteria. *key word short… my round was only 5 days, not months long*

I don’t know if that’s true, but I’m just being optimistic here.

So What Did I Actually Do?

Well, I wanted to do as much as possible to make sure my gut came out unscathed, and maybe even on top. I used this article by Chris Kresser as my guide.

He recommends at the very least, taking a general probiotic. 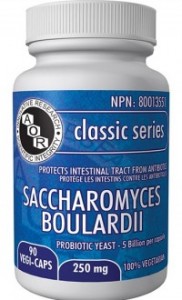 And if you can, also taking an inert, transient yeast called S. Boulardii which has been shown to be protective of the digestive tract during and after antibiotic use.

Just to note – he references a study that claims that it is very important to take probiotics WHILE you are on antibiotics as well as afterwards, not just afterwards.

That seems counter-intuitive, like duh… the antibiotics will just kill the probiotics so why bother!

But I guess it doesn’t work that way. Because, I don’t know. Science.

So for the best gut protection, don’t wait till after you’re done the round of antibiotics.

But the key is that you do want to take your probiotic and fermented foods at different times of day than your antibiotic.

Which was sort of difficult since my antibiotic called to be taken 4 times a day. But you know, you try to space it out as much as possible.

Good thing is that you can take the S. Boulardii at the same time as antibiotics because antibiotics don’t kill that.

Okay, But Really, What Did You Do?

I also hit myself up with fermented foods (which are foods that contain live beneficial bacteria) for added goodness.

I used to make my own fermented foods, but I’ve gotten a little lazy and luckily a health food store in my town now makes and sells their own live fermented foods, so I just bought some of that.

I got myself some live kefir, as well as lacto fermented green beans, sauerkraut, salsa, and kombucha, and I just ate and drank bits of those throughout the day. I was just trying to get as much bacterial diversity as possible.

I’ve been done the antibiotics for a couple weeks now, but I’m still going to continue this heightened probiotic regimen for at least a couple of months.

Good news is that so far I’ve noticed no major differences in my digestion (aside from feeling a little gassy for a while, which has passed now) and my skin has had no major issues.

So hopefully it stays that way!

If you’ve never used probiotics or fermented foods before, jumping into this many probiotics is probably not going to go smoothly. This was a lot, even for me, who is used to them.

Thing is, they can cause side effects as your body gets used to them and as they “do battle” with the bad bacteria. This could be worse digestion, just feeling generally unwell, tired, rashy, and possibly even more acne for a short time.

If antibiotic use is just sprung on you, then only start with a small bit at the beginning of your course of antibiotics, and ramp it up towards the end and afterwards.

It’s also helpful to keep your overall sugar intake pretty low during and for a while after the antibiotics… bad bacteria thrive on sugar.